Horsing Around: An Evening Riding (and Eating!) at Sunset Ranch Hollywood 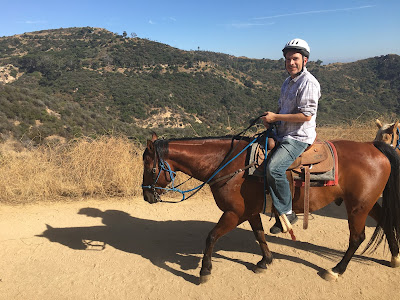 I've known Chris Alexander, the head of PR for 20th Century Fox TV, for years, and got excited for him in recent years as he bought a horse and became a regular rider up in the Hollywood Hills. Chris has a stressful job, and it's wonderful to see him experience so much joy blowing off steam by hitting the Hollywood Hills on his horse several times a week. Chris finally found a way to combine his passion with his job this Sunday, inviting reporters gathered for the TV Critics Association up to the Sunset Ranch Hollywood to ride horses — and hear all about the second season of "Bless This Mess," a sitcom his studio produces for ABC. 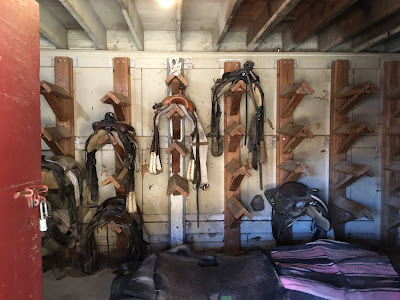 The last time I rode a horse was last year, while on vacation in Hawaii, and thankfully I still remembered the basics. This was a simple ride for beginners, of which most of us were. But we got to experience the ride for nearly an hour, and take in the sights of the city from the Hollywood Hills. 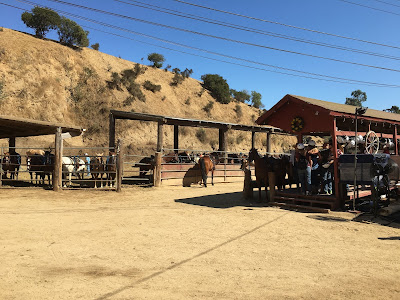 Sunset Ranch Hollywood, located in Beachwood Canyon, offers casual rides (starting at $50 an hour), lessons, boarding for your horse, filming options and more. It also has access to "hundreds of miles of tails and bridle paths in Griffith Park." There are a wide variety of tours, including with BBQ options, kids' parties, and even a "proposal package." More pics from our ride: 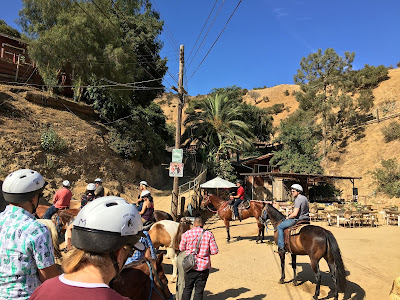 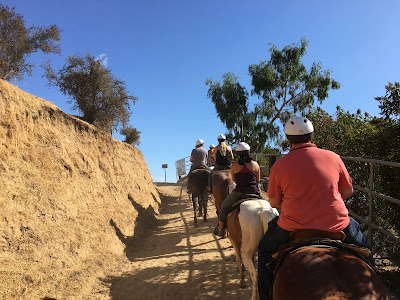 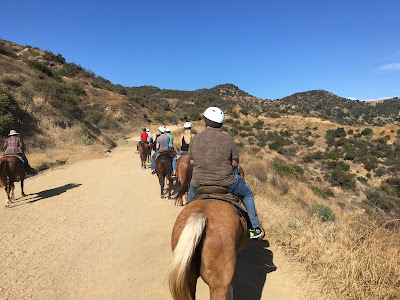 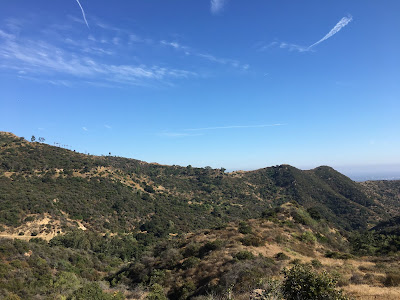 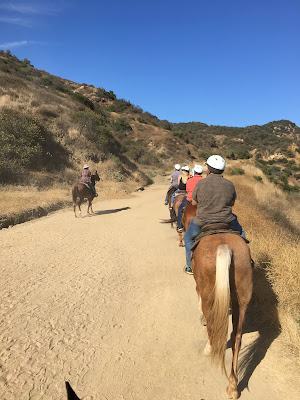 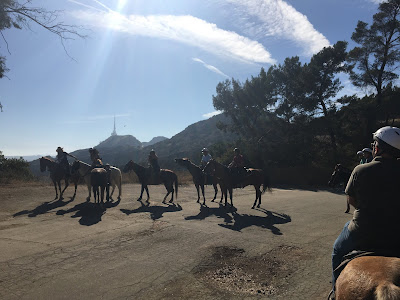 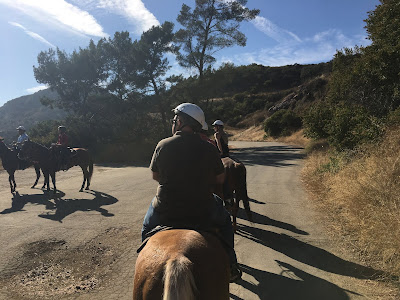 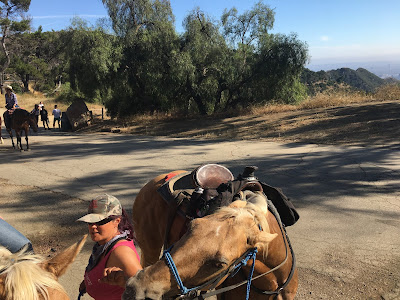 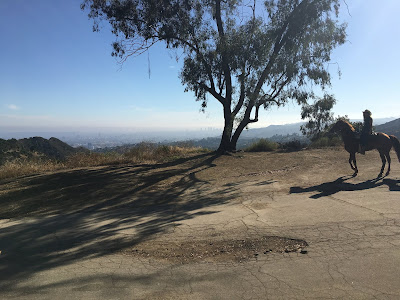 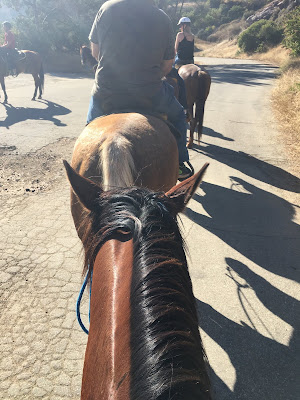 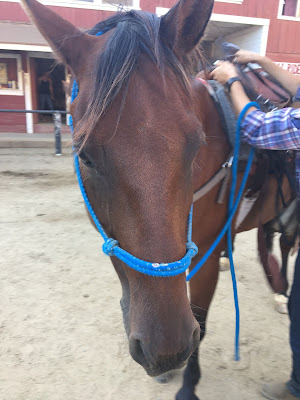 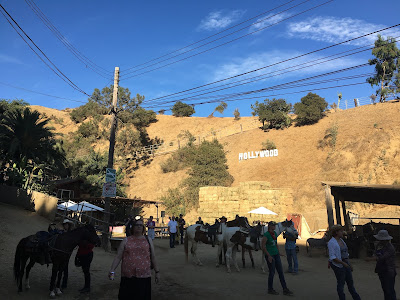 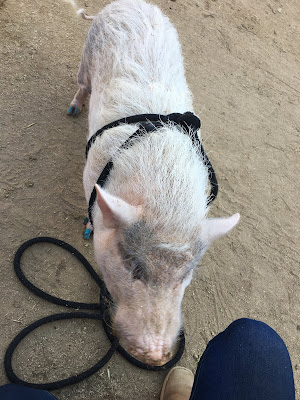 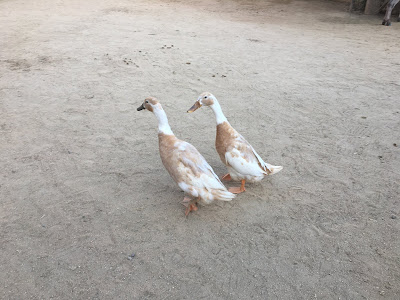 Posted by Michael Schneider at 6:14 AM