Emmys: Behind the Scenes with This Year's Winners, Including Phoebe Waller-Bridge 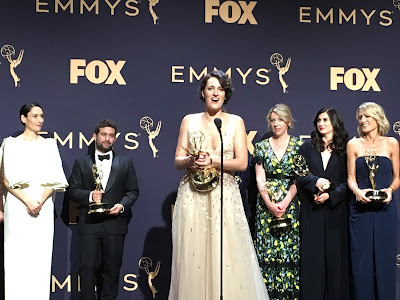 So the reviews for the 71st Emmy Awards weren't great. But most of the wins were — including some honest-to-goodness surprises. It was a reminder that no one knows anything, and predicting these things can be tough. Take the night's biggest winner, Phoebe Waller-Bridge (above, with her "Fleabag" cohorts). "Fleabag" was one of the best TV programs of the year, but it was hard to tell whether the Television Academy voters had watched it. But they did, and honored the show with best comedy, as well as Waller-Bridge for best comedy actress and best comedy writing.

That shockingly blocked "Veep" from any wins, despite star Julia Louis-Dreyfus seemingly being a lock. Again, no one knows anything. As usual, I was backstage in the press room during the ceremony, and I snapped these pics as the winners made it backstage. 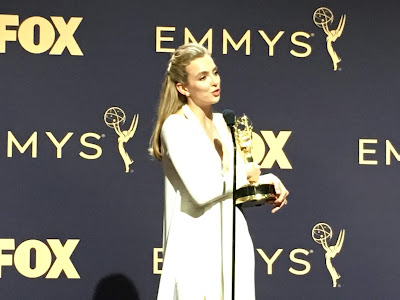 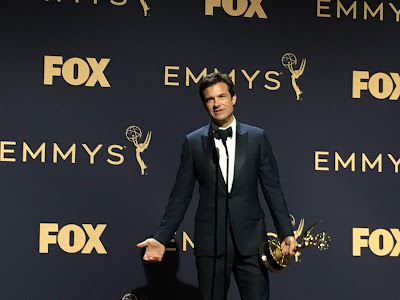 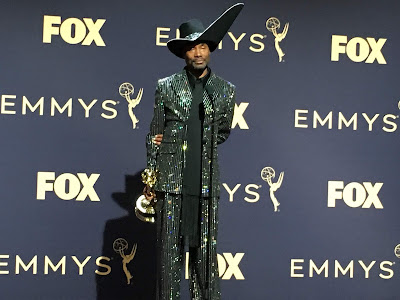 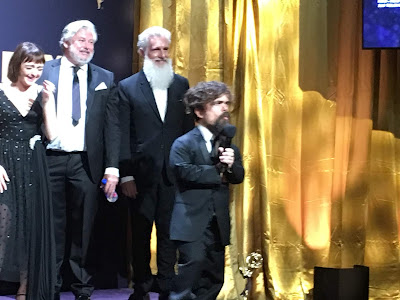 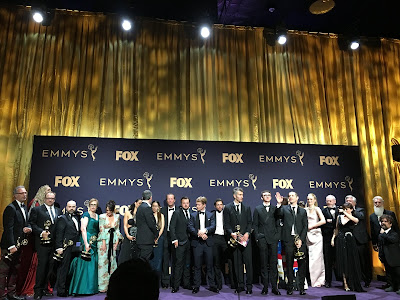 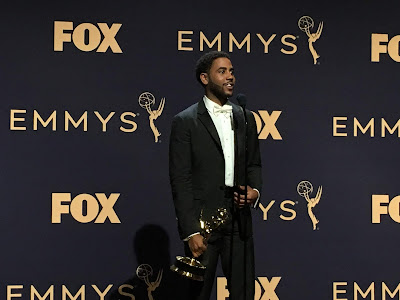 Best limited series actor Jharrel Jerome ("When They See Us") 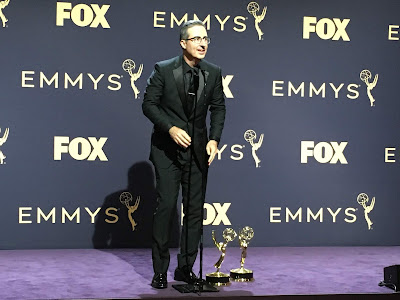 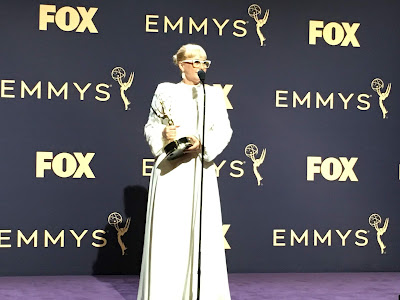 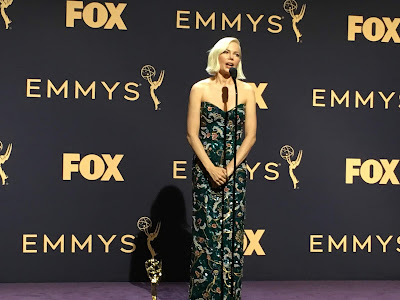 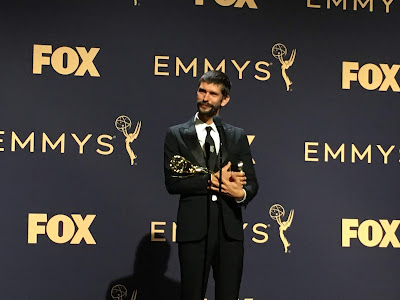 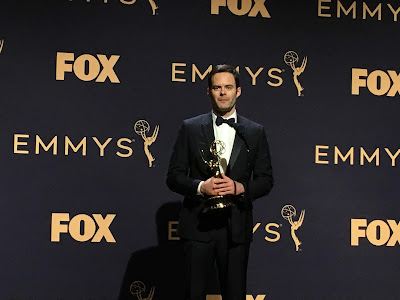 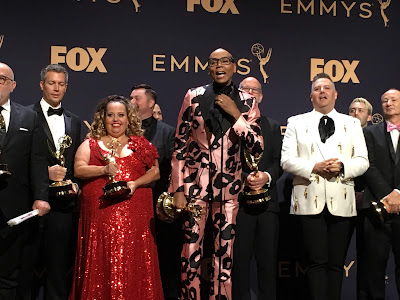 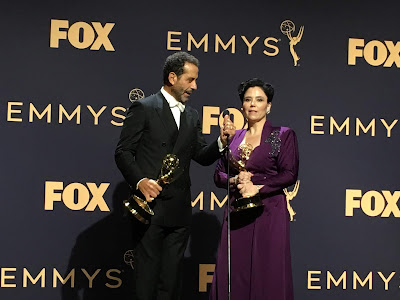 Posted by Michael Schneider at 12:55 PM