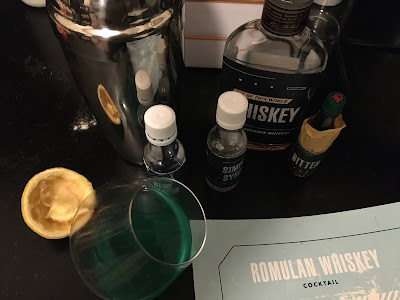 To promote the new animated series "Star Trek: Lower Decks" and its premiere party last week, CBS All Access sent over the fixings for a "Romulan Whiskey." It's pretty -- a blue-green -- and includes tasty burbon whiskey. But alas, a bit too sweet for my tastes. I'd probably go without the simple syrup next time. Recipe below: 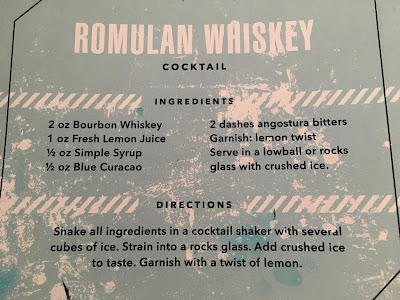 Posted by Michael Schneider at 10:58 AM No comments: 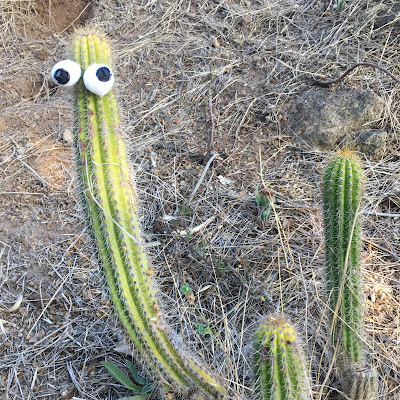 Several cactus plants on my daily walk have sprouted eyes, and I'm here for it. During the pandemic, we take what we can. 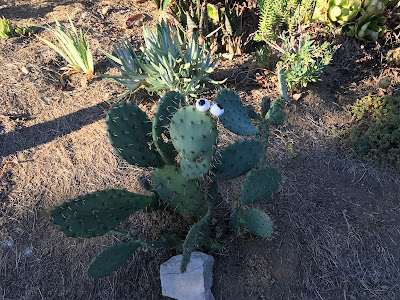 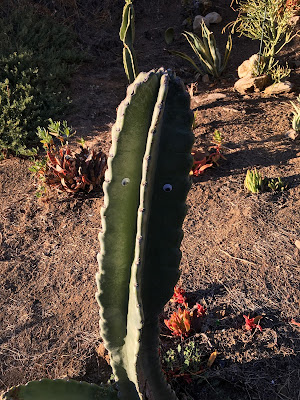 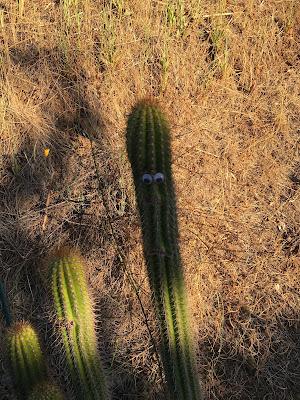 Posted by Michael Schneider at 1:21 PM No comments: 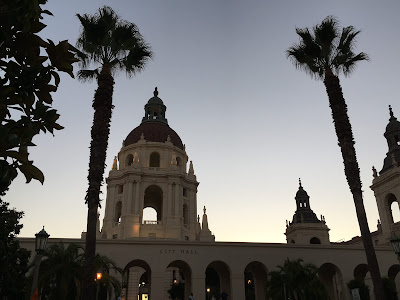 After months of seeing little piles of wood pellets outside the house and trying to live in denial that we might have termites, I finally called three different exterminators to take a look. The verdict? I was right. Termites. And it was bad enough that everyone recommended tenting, to get as many as possible. So after a summer of staying at the house, even during my actual week off, we were forced to relocate for two nights. And also remove all food and beverage from the house — which was a feat.

Finally, we left the house and spent two nights at the Westin Pasadena, across the street from Pasadena City Hall — or as fans of "Parks and Recreation" know it, Pawnee City Hall. The kids loved that it was also close to California Pizza Kitchen, and Maria and  I loved how walkable the area was. (Don't forget, it was right off Colorado Blvd., part of 2019's Great Los Angeles Walk!) 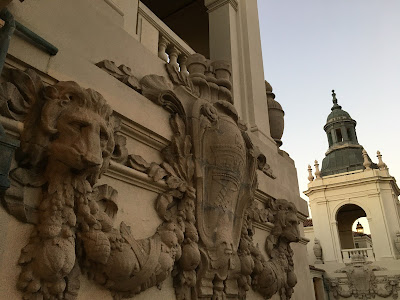 The City Hall, first completed in 1927, was evacuated and reconstructed between 2004 and 2007 for a  $117 million renovation and seismic retrofit. 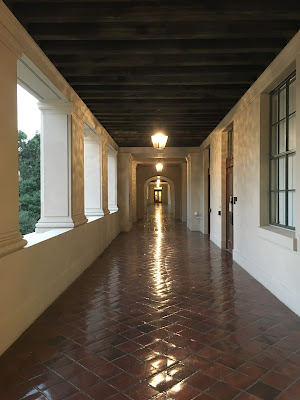 It's truly a beautiful building and worth exploring. 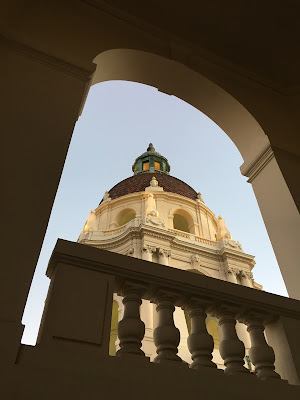 Wrote the LA Times' Cecilia Rassmussen in 2007: "It was first envisioned by civic leaders in 1922 during the City Beautiful movement as the 'Athens of the West,' rising at the foot of the San Gabriel Mountains, the centerpiece of the Pasadena Civic Center. The next year, voters approved a $3.5-million bond issue to build the City Hall, a library and a civic auditorium, all linked by grand boulevards. The library was first to open, in February 1927." 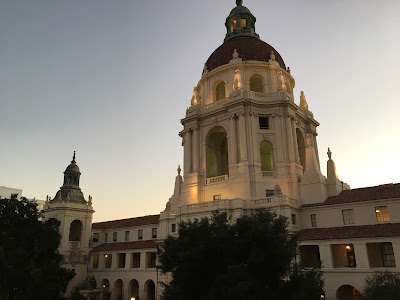 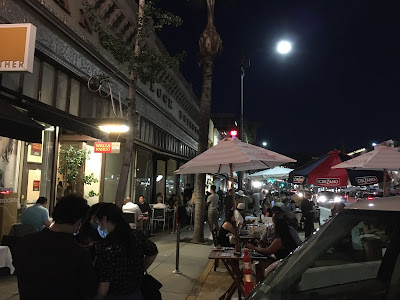 Meanwhile, I was less thrilled to see so many people out and dining al fresco. Why cant people just take their food to go? This is pandemic escalation waiting to happen. It's odd to see some people act like it's business as usual... 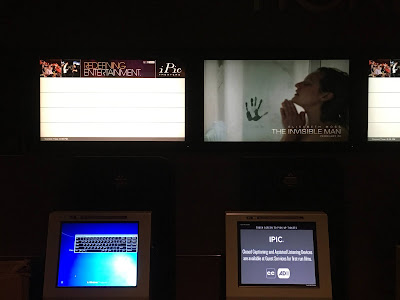 ... and then there are things like movie theaters (above), still touting the movies there before everything was shut down. 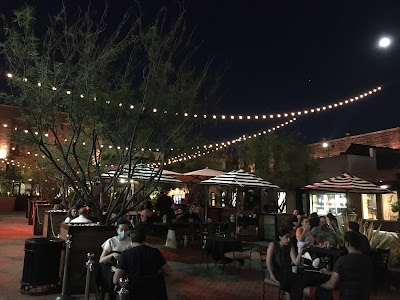 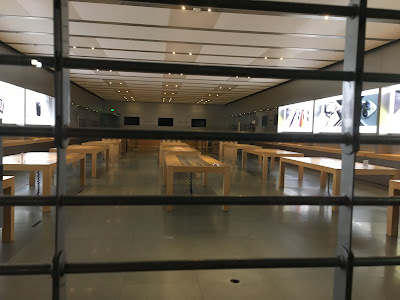 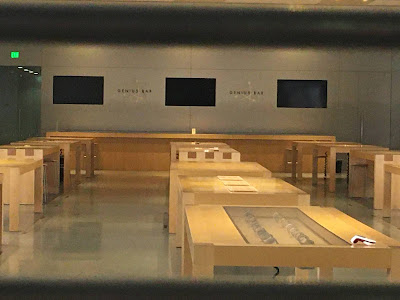 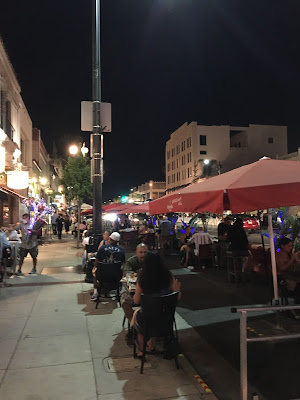 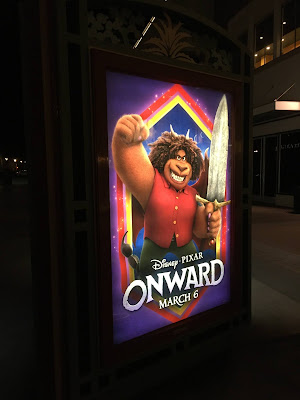 Many ads haven't even changed from March, leaving an early "Onward" poster up for example, almost as if the world stood still starting March 15.
Posted by Michael Schneider at 1:33 AM No comments:

MIKE ON TV: Emmy Nominations in a Time of COVID

And also, I spoke with Spectrum News 1's Bianca Rae on July 27, 2020, to the discuss how the pandemic changed and impacted Emmy nominations.
Posted by Michael Schneider at 11:01 AM No comments: 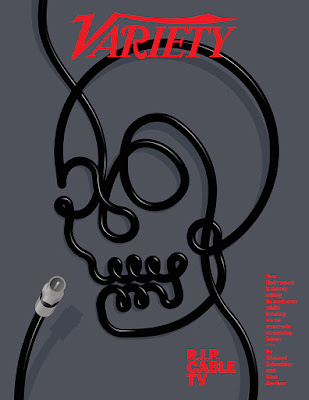 For this past week's Variety cover story, my colleague Kate Aurthur and I took a deep dive into the world of cable TV, and how the major conglomerates are adjusting their business models as viewer habits quickly change. We've been buoyed by the response so far — and check out that kick ass cover! An excerpt:


Pundits had long predicted the death of broadcast TV, while basic cable feasted on a dual revenue stream of subscriber fees and advertising revenue. But that gravy train started going off the rails when the streaming services arrived. At first, Netflix was a friend, supplying yet another source of revenue and even acting as a marketing tool — helping to turn AMC’s “Breaking Bad” into a much bigger hit during its final season of originals on AMC, for example.

Meanwhile, “cord cutting,” once pooh-poohed by the cable industry as a myth, has become a real threat: The number of pay-TV households peaked in 2010 at 105 million; now it’s down to approximately 82.9 million. And a study last year by eMarketer forecast that number to dip to 72.7 million by 2023. Now, it’s cable that’s on the ropes — and struggling for survival.

If you haven't yet, read on here.
Posted by Michael Schneider at 8:44 PM 1 comment: