Conan Comes to Los Angeles: Third Time's a Charm at the DMV 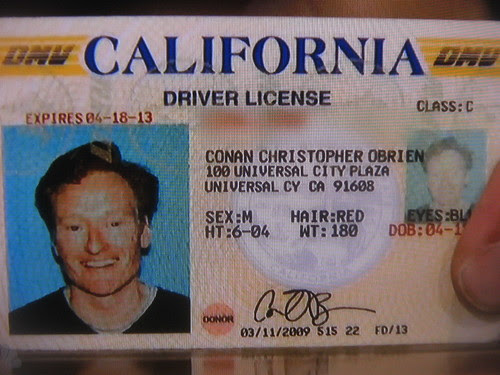 New "Tonight Show" host Conan O'Brien noted Tuesday night that he had to apply for a California driver's license the moment he got off the plane. So O'Brien headed to the DMV, took a license photo... and then was told that he could do better.

Yep, he was given a photo do-over. Twice. This impressed O'Brien, who hadn't been given the same courtesy in New York -- which is why his driver's license from the Empire State looked like this: 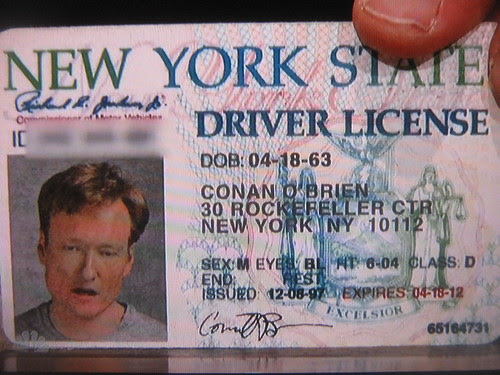