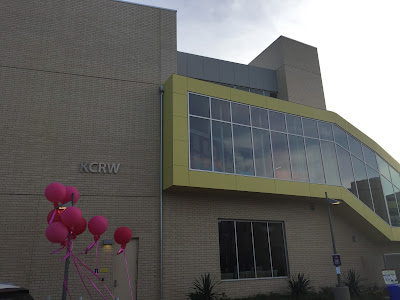 They're outta the basement! Well, almost. KCRW's long-awaited building is one step closer to officially opening, now that it's been unveiled to the community. An open house on Saturday gave both KCRW staffers and listeners a chance to finally see the new facilities, and imagine what it will look like once operations officially move there next spring.

It's a big deal. KCRW is currently located in a cramped basement under Santa Monica College's cafeteria; it's actually pretty amazing how much gets done in such a small space. The new building, located off campus in a nearby plot of land owned by the college, will give KCRW a chance to breathe — and to grow. It's pretty impressive. 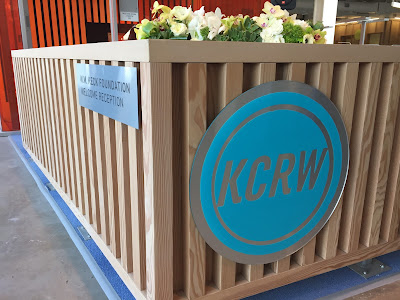 Start with a welcome reception area. There is no such thing at the current station. 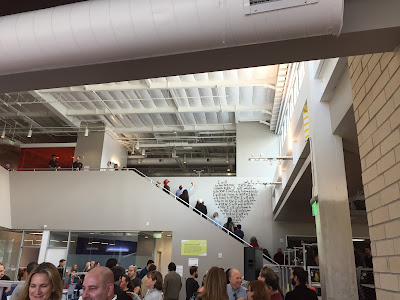 High ceilings, and most importantly: Sunlight. Again, in short supply in the current basement. 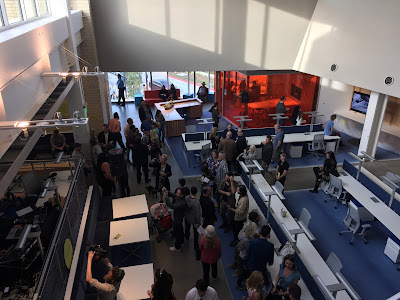 Looking down from the second floor, countless work stations. 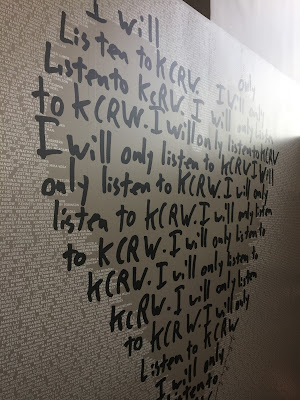 "I will only listen to KCRW." 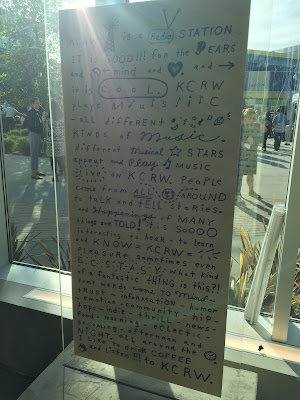 A tribute to KCRW by superfan David Lynch. 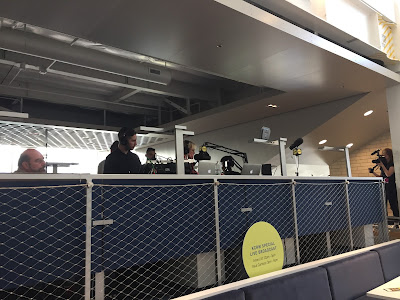 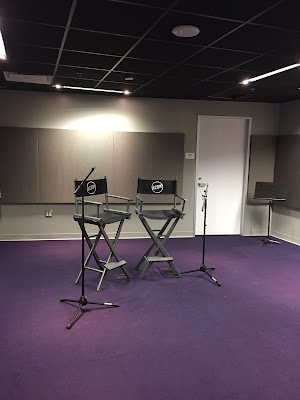 A mostly empty interview studio that eventually might be used for various programs. 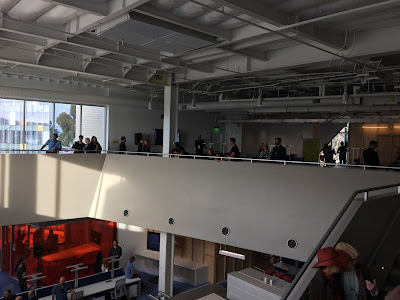 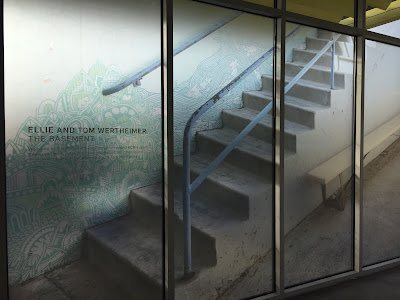 To always remind staffers of their humble former studios, the breakroom has been christened "The Basement," complete with this photo of the stairs that currently lead down to the station's basement home. 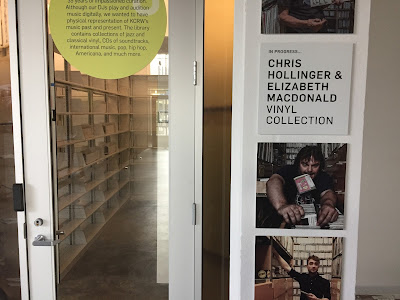 The music library will be quite the highlight. 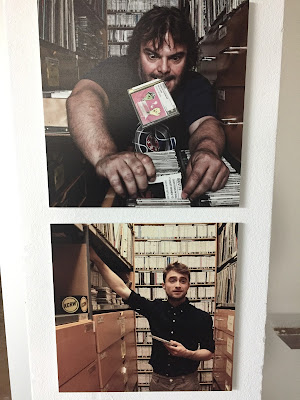 Pics of Jack Black and Daniel Radcliffe in the stacks. 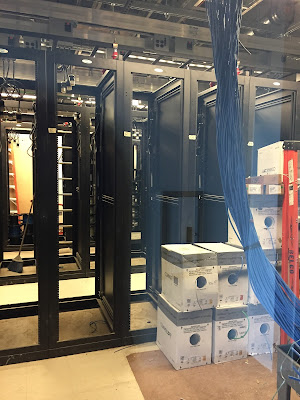 Where the electrical equipment will eventually live. 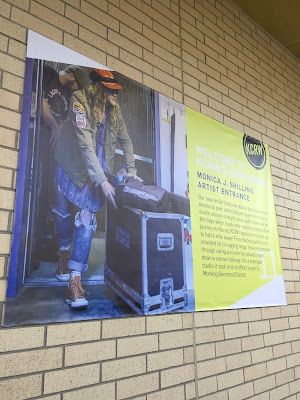 One of the most impressive parts of the new station is the downstairs music area, which will include a green room for guests, plus showers (!) for visiting bands. Also, bands will be able to roll their vans right up to the building, allowing them to unload their equipment in a snap. Quite a change from right now, when they often have to haul their instruments across the Santa Monica College campus. 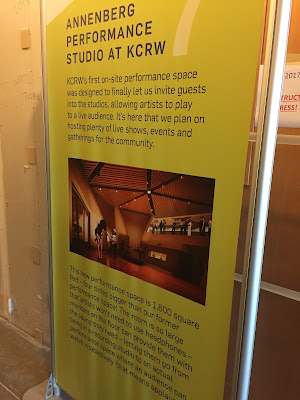 The new performance space at KCRW also promises to be quite a draw, allowing guests to watch and giving bands much more room to perform.

Congrats to KCRW, it's a long overdue upgrade for Southern California's premier public radio station (and yes, I am biased -- don't forget to hear Joe Adalian and I every Tuesday morning during "Morning Edition" for our segment "Screengrab"!).

Posted by Michael Schneider at 2:28 PM