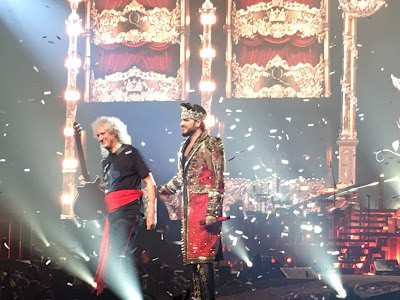 Over the Christmas holiday, Maria and I were watching a screener of "Bohemian Rhapsody" in our living room when the Blogger Kid 2.0 (age 9) came in and plopped down next to us. He was intrigued: What was this music? And who was this guy Freddie Mercury?

He needed to learn more. So we started playing him some Queen, starting with the songs he remembered from the movie. From there, he wanted to watch Queen videos on YouTube, over and over. He wanted to check out Queen's 1985 performance at Live Aid. And every morning when I drove him to school, I had to play him "Bohemian Rhapsody" and several other Queen songs.

Every. Day. For six months.

I took the Kid to an "American Idol" taping for Queen night, but sadly, Adam Lambert and the surviving Queen members were only on tape. It was fun to hear the contestants perform Queen hits live, but I knew the Kid wanted to hear the real thing. So I began checking on concert dates.

Turns out Queen + Adam Lambert were performing at the Forum in July -- but the show was mostly sold out, with remaining tickets upwards of $200. I was going to give up. But then I had the opportunity to get tickets and review the show for Variety. I jumped at the chance. 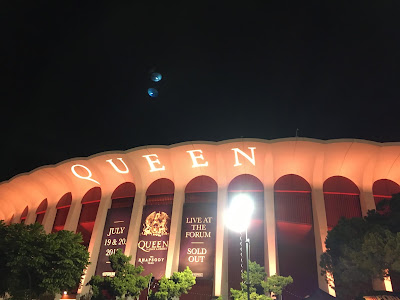 On Saturday night, the Blogger Kid and I hit the Forum. Read my Variety review:

The mostly older audience likely appreciated all the nods to the Queen they grew up with. But Lambert still made plenty of the show his own, interjecting his own swagger and personality in the mix — from licking a microphone to frequent, and outlandish, wardrobe changes.

The setlist offered the usual greatest hits package, with plenty of songs from the movie getting their due. There was no surprise to the ending: Queen and Lambert wrapped up the initial set with “Bohemian Rhapsody,” while “We Will Rock You” and “We Are the Champions” served as the encore. 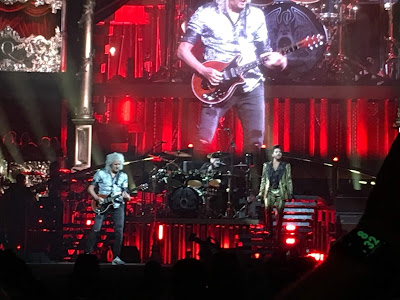 The Blogger Kid 2.0 couldn't see at first, which hampered his enjoyment. But eventually the woman behind us gave us permission for him to stand on his chair — and it was just in time to see the second half of the show. He came away cheering — and with a pricy concert T-shirt. It was a fantastic night. More shots: 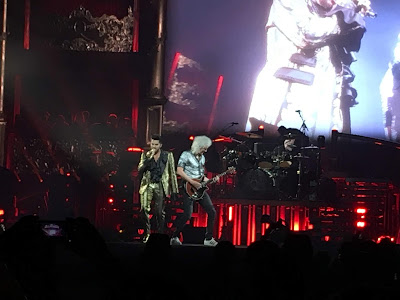 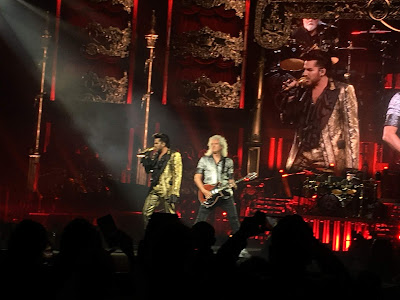 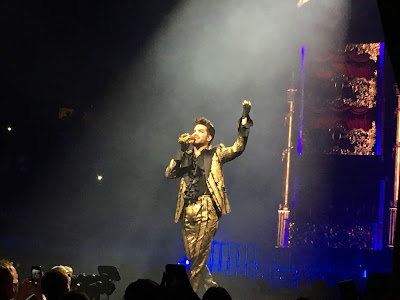 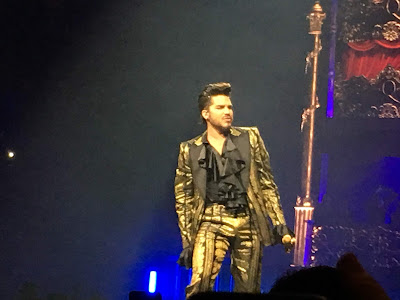 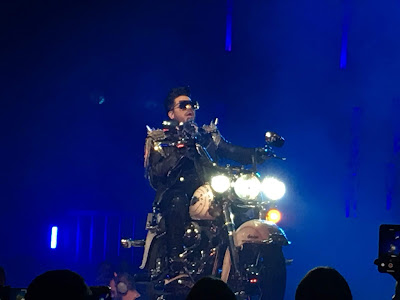 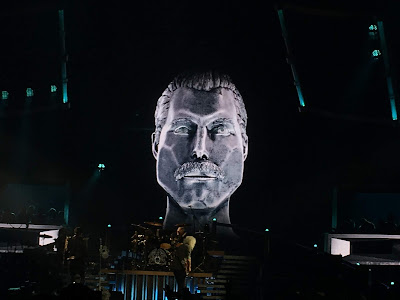 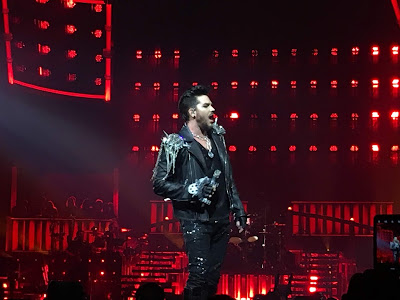 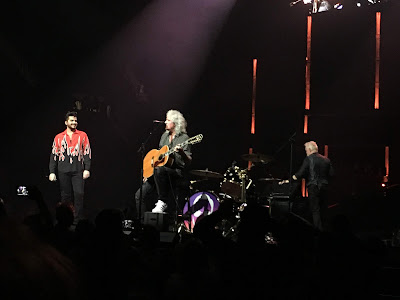 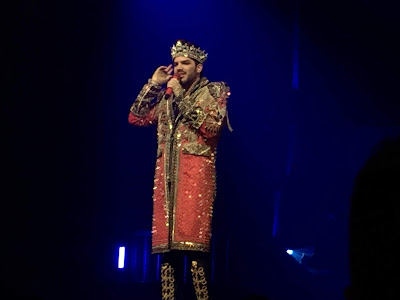 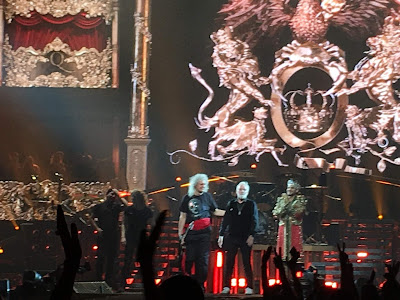 Posted by Michael Schneider at 12:23 AM

You should see if he'd watch a silent movie by streaming the version of Metropolis with the semi-Queen soundtrack.