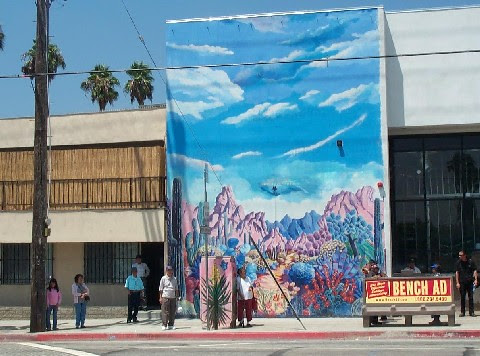 That long-rumored Atwater Village wine bar is one step closer to opening.

As expected, the store will take over the last vacant spot in the renovated building that also includes a Starbucks, Crispy Crust and H&R Block. A wine bar been frequently discussed ever since word leaked out a few years ago, but so far, nothing. Pat first mentioned the possibility in June 2006; but as Starbucks, Crispy Crust and H&R Block all moved in, I had my doubts. And other bloggers had also started to wonder whether one was truly opening.

But now, construction has begun.

We were in Atwater Village (close to Franklin Avenue HQ) last Friday, as Blogger Toddler (in costume) trick-or-treated at participating businesses up and down Glendale Blvd. Standing at the Crispy Crust (free samples!), we wound up talking to the man standing in front of the future wine store.

The man -- I believe it was owner Andy Hasroun -- basically confirmed everything that Atwater Village Newbie mentioned last December. The wine shop will include regular wine tastings (functioning much like Colorado Wine Co. and its small wine bar) in addition to sales; a large wine cellar will be located in the basement.

Hasroun told us he's still trying to come up with a name -- "The Cellar" or "L.A. Cellar" are two possibilities. 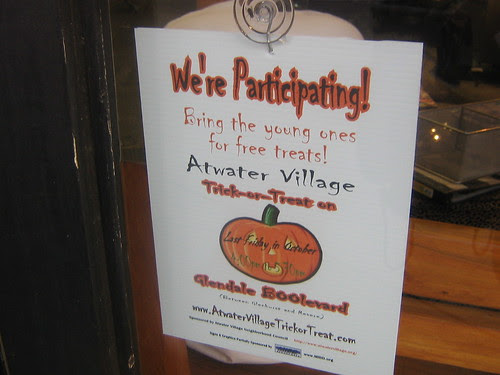 Above, Atwater Village's fourth-annual "Trick or Treat on Glendale Boo-levard" was a huge hit -- the street was even more packed than last year with tykes in costume. I'm proud to say the BT turned quite a few heads in his cowboy-on-a-pony outfit (yay, Target!)

Below, someone passes out candy at Atwater Village's Woof dog boutique. 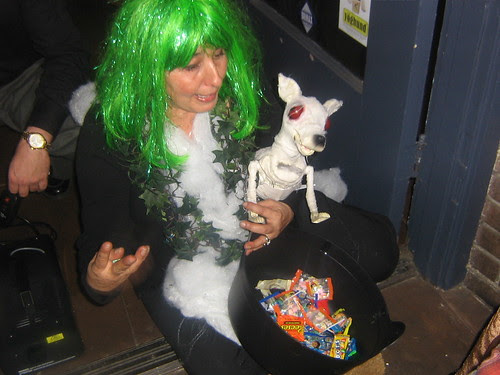