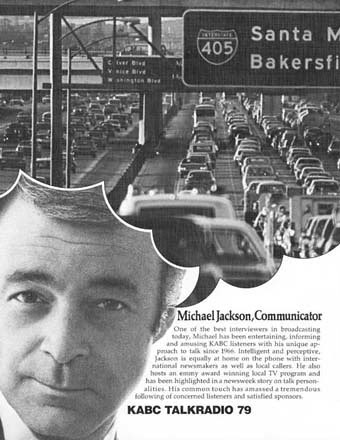 Local talk radio legend Michael Jackson is about to make another run on the airwaves. According to his website (and as first reported by LARadio.com), Jackson will air from 9 a.m. to 11 a.m. on Saul Levine's KMZT-AM (1260), which is about to switch to an all-talk format as KGIL-AM. Jackson writes:

The station is in Los Angeles and they are chaninging their call-sign from K-Mozart to KGIL. That's a call sign which had a fine reputation for many years. We'll be on the AM band at 1260, and as the newsreport had it, I'll be filling some very familiar hours; 9-11 a.m. There's a possibility, to be confirmed in a few days, that the program will be repeated between 4.00 and 6.00 pm. There's lots to tell and as I learn more I'll pass it on.

1260 AM has been playing classical music since February, when Levine flipped his FM station (105.1, now KKGO-FM) from classical to country. In the process, Levine moved the classical format to the 1260 AM signal.

But 1260 AM is hard to hear in much of Los Angeles county, and AM radio isn't ideal for classical music anyway. 1260 AM has seen many format changes in recent years, from adult standards to showtunes to all-Beatles to news to country.

As for Jackson, the host most recently conducted a wide variety of interviews for all-news KNX, but ultimately left the station when he wasn't given his own timeslot. He's still best known for his unprecedented 32-year run on KABC-AM, as seen above in that promotional ad. 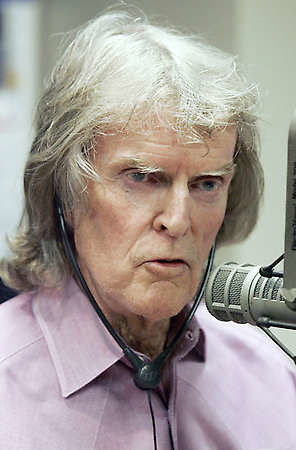 Meanwhile, another question making the local radio rounds: Is Los Angeles ready for the return of Don Imus?

Of course, the other question is, does Los Angeles care?

As talk of Imus' return to radio continues, here in L.A. the buzz on radio boards has been a potential timeslot on KABC-AM. But that's far from a sure thing -- particularly because Imus doesn't have a great track record in Los Angeles. His last syndicated stop here didn't make any noise. And by the time he was forced off the air -- for using a derogatory comment -- Imus was only heard in the region on a tiny Inland Empire station.
Posted by Mike at 12:35 AM