I've Never Been More Ashamed To Live In Glendale 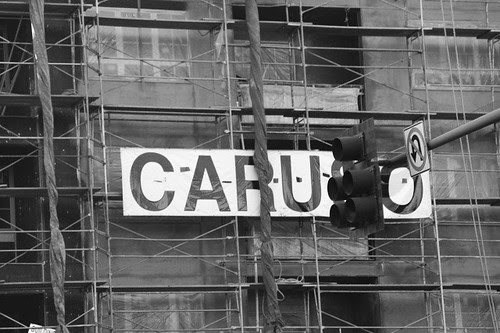 I don't know what's more disgusting in the latest Americana at Brand news coming out of Glendale: Developer Rick Caruso's painfully cheesy use of the extremely overplayed (and, in this case, shamefully, cliched, pandering use) of "Proud to Be an American," or the Glendale City Council's shameful, pandering kissing of Caruso's ass.

The setup: Caruso wanted to name a street inside the Americana project "Excelsior Drive," in order to promote the "Excelsior" housing complex that's plopped on top of the Americana. The Glendale City Council objected to it, arguing that the name "Excelsior" had no relevancy to Glendale.

So instead, they decided to name it after Caruso himself. Ugh. Here's the account from the Glendale News-Press about the City Council meeting, in which Caruso stressed why the street should be named "Excelsior" -- and the unintended result:

But after a polished slide presentation of the project's progress set to Lee Greenwood's "Proud to be an American," and continued deliberation, some on the council took the proposal further, pushing for the Caruso name on the street sign instead.

[City Council members Ara] Najarian and [Bob] Yousefian argued that naming an avenue after the developer would be a "modest tribute" to his vision for Glendale.

"For me, naming that street Caruso Way or Caruso Lane, is, I think, very important," Yousefian said.

Councilman Dave Weaver — who earlier in the discussion had said he was against the issue having even been agendized -- quickly acquiesced to the idea, and before long, the council had Caruso back at the podium and embarrassed.

"I did not come here with that expectation, so I'm flattered and I'm honored," Caruso told the council. "If the council wants to do that, I would be honored. How could I say it's not a wonderful gesture on your part?"

To paraphrase Lee Greenwood, I can't say I'm "Proud to Be a Glendalian" after this embarrassment.
Posted by Mike at 1:03 AM