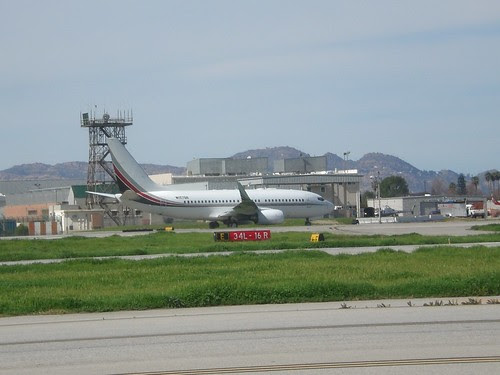 Back when I visited my folks over the holidays, my dad sat me down to watch the HD documentary One Six Right. The lavishly filmed doc goes over the history of the Van Nuys Airport, featuring great aerial photography and old footage of aviation pioneers who made their mark at the local airport.

The doc also featured some footage from the airport's public observation area -- including shots of kids running around a mini, play runway (right next to the real thing).

Of course, my first thought was, "Blogger Preschooler would love this."

So when my mom and dad came to town last month, we grabbed the BP and headed to the Van Nuys airport to check it out. 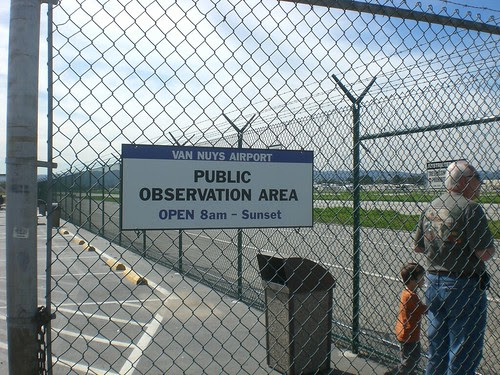 It took a while to actually find the public observation area (yes, we should have looked up the details here beforehand). Open daily from 8 a.m. to sunset, the observation area is located off of Woodley Avenue at the end of Waterman Drive, adjacent to the east side of the airfield. 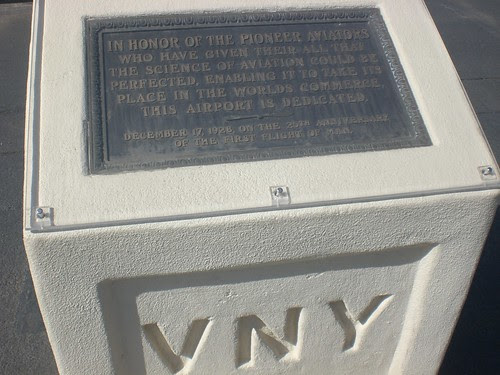 The airport's public observation area features exhibits, picnic benches and a children's activity area. When we got there, a group of older aviation enthusiasts were listing to the control tower frequency, while hanging out. 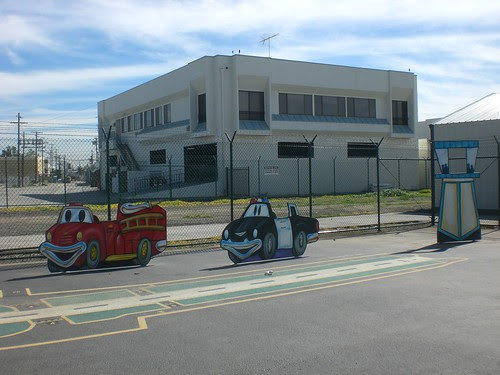 Above, something for the kids: Cut outs of a control tower, police car and fire truck -- in front of a mini-runway. (Evan spent an hour running up and down that thing, pretending to be an airplane. Next time, we'll bring along a trike or scooter.) 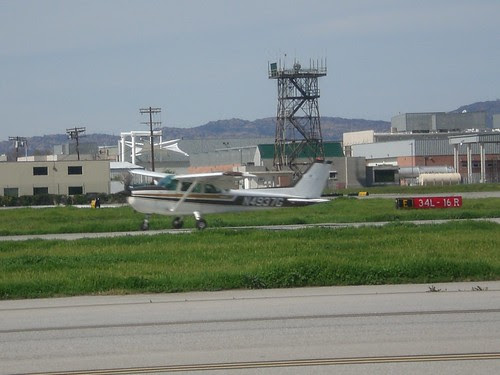 The VNY observation area hit the BP's sweet spot -- we watched as airplanes and helicopters constantly took off and landed. After about an hour, we headed over to Balboa Park, where the Shane's Inspiration park beckoned. Yep, it was a good morning for the BP -- who was quite exhausted after all that excitement.

A few more shots from VNY: 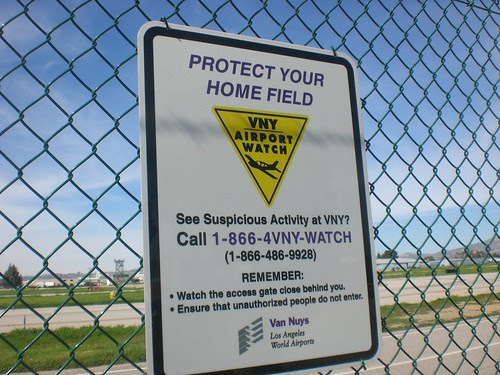 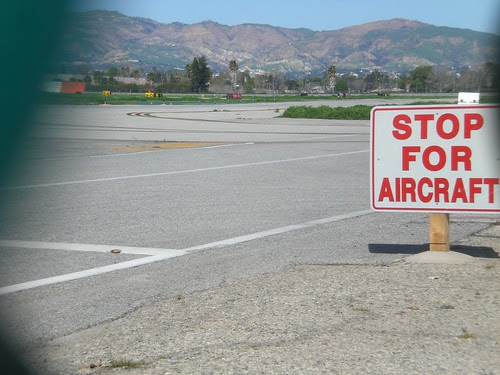