Casey Kasem Stops Countin' Them Down 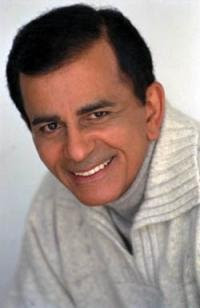 It's a real end of an era: According to Radio-Info's Tom Taylor, radio legend Casey Kasem will end his final countdown show, the Adult Contemporary-targeted "American Top 20," on the July 4th weekend.

The current Adult Contemporary American Top 20 will wind up over the July 4th holiday weekend – a meaningful anniversary for Casey. His quintessentially “American” show debuted on a July 4, back when he created the franchise in 1970.

L.A.-based Eric Weiss has repped Casey for years and he tells me that "Casey and Premiere agree" that this is the time to end the AC show. That gives Casey time to do his other work – voiceovers, cartoons, you name it.

Eric says "Casey has turned down a lot of stuff over the last few years" that he can now look at. From Premiere's side, it can re-deploy the fairly large production staff behind AT-20 into other gigs – and save a few bucks.

Weiss says Kasem has maintained his high standards up to the end of production – "He's worked as hard doing this week's countdown as he did 29 years ago." I just wanted to pay tribute to one of the great radio pros ever, and a guy who inspired countless people to think "Gee, maybe I could be on the radio, too."

Casey was one of my childhood heroes -- yep, I was always a radio/TV geek, and thought he had the best job ever, counting down the hits. As a kid, I'd religiously listen to "American Top 40" each week, writing down the chart position and title and artist of each song on the countdown. (These days, you can just look that stuff up on the Internet. Gah, I feel old.)

Later, in a twist of luck, the ownership of "AT40" reverted back to Casey (as one of "AT40's" founders) after ABC Radio failed to keep its copyright on the show current.

Casey rightfully once again became the host of "American Top 40" -- but handed the show over to Ryan Seacrest in 2003. Gah, again. At the time I wrote:

Thanks to my job, I had the chance to meet and have lunch with my childhood idol years later. I even have Casey's home number tucked away somewhere. And even though he's a little slower with age, he remains a true class act.

Now, I'm not delusional. I know Casey's gotta give up the mike at some point. But Ryan Seacrest?! The idea of the Star 98.7 afternoon guy/ "American Idol" host taking over my beloved "AT40" pains me to no end.


Of course, top 40 radio is very different than it was back in Casey's heyday. The good news is Premiere Radio Networks continues to distribute those classic 1970s and 1980s Casey "AT40" countdowns to radio stations and satellite radio.

In other words, even though he won't be recording new countdowns anymore, Casey's voice will always be there, reminding us to keep our feet on the ground -- and to keep reaching for the stars.