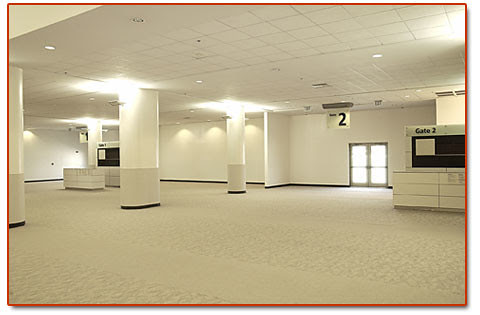 They sit there, ready for commercial airline service -- and the passengers that come with it. They're Southern California's Ghost Airport Terminals.

The two biggest are probably the San Bernardino International Airport and the Palmdale Regional Airport. 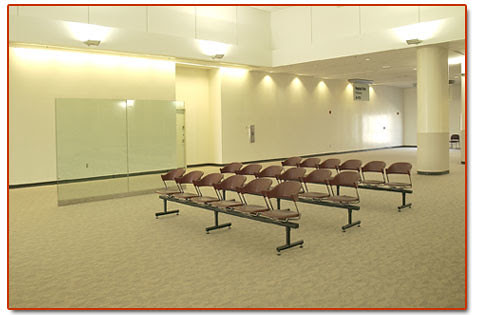 San Bernardino exists on land that formerly was a part of the now-closed Norton Air Force Base. The airport has been looking for an airline tenant, but has so far come up short. It nonetheless has built a new (and as of now, empty) passenger terminal (pics above and below) and is regularly used for film shoots ("X-Files," "The Fast and the Furious," "Terminator 3," "The Aviator"). 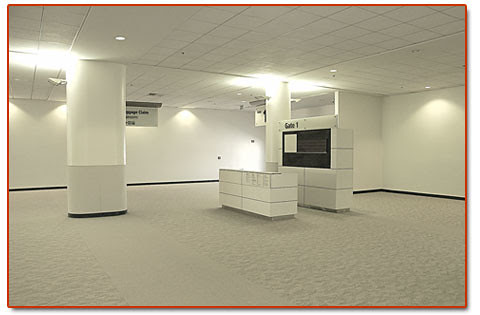 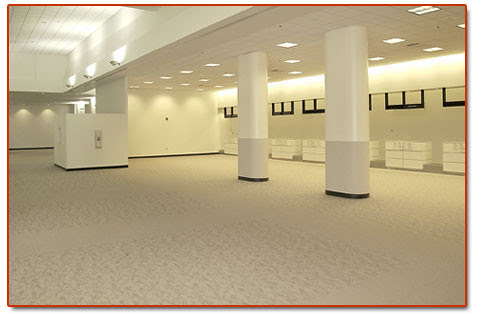 The San Bernardino International Airport (SBD) allows for Stage 2 aircraft and has over 60,000 annual flight operations comprised mainly of charter, corporate and general aviation users. The Airport has recently completed a redesigned Passenger Terminal Facility in anticipation of future passenger airlines services. For scheduled and charter aircraft, or for more information regarding new charter or passenger flights, please contact the Airport at (909) 382-4100. 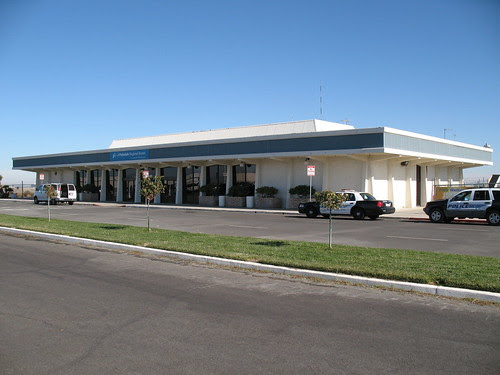 And then there's the sad case of the Palmdale airport. Los Angeles World Airports once upon a time harbored big plans to build a new international airport on this land, but nothing ever came of it beyond the small terminal (above) that is on leased Air Force land ("Plant 42").

The airport agency offered subsidies for United to fly a few planes from Palmdale to San Francisco. But once that money ran out last year, United bolted -- and Palmdale Airport, which has seen its passenger service ebb and flow, was once again without a tenant.

LAWA has even gone one step further and surrendered its federal certification to operate Palmdale Regional Airport as a commercial facility.

From the L.A. Times:

Mike Molina, an L.A. World Airports spokesman, said that maintaining the certificate no longer makes sense given the economic recession and the difficulty developing air service in the high-desert city, where eight airlines have come and gone since 1971. United departed Dec. 7 after operating at Palmdale for 18 months.

Should the opportunity arise to provide air service in the future, Molina said, Los Angeles World Airports can easily reapply to the Federal Aviation Administration for permission to operate at Palmdale. The FAA requires that certain conditions be met before a certificate is granted, such as runway inspections, adequate staffing and emergency preparedness plans.


Because a substantial effort has been made to develop Palmdale airport, L.A. World Airports officials contend that pulling out of the airport for now will not violate a 2005 court settlement that requires the agency to pursue a policy of regionalism -- spreading the growth in air travel to airports across Southern California to relieve congestion at LAX.

Palmdale Mayor Jim Ledford said the loss of certification should not interfere with the city's plans to take over the agency's leases with the U.S. Air Force and assume responsibility for attracting carriers to the airport. The terminal, the parking lot and aprons sit on 60 acres of Air Force property.

Anonymous said...
This comment has been removed by a blog administrator.
1:41 AM

The airport is so lovely as because it is decorated so nicely and the whole architectural view is just amazing. Now, people do not bother to wait there and pass their time in their but there has a record about the ghost facts in the airport which will be tough to control by the court.