The Renegades of Craft 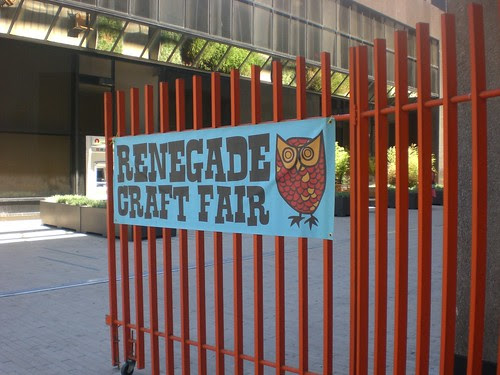 First launched in Chicago six years ago, the Renegade Craft Fair has quickly become one of the largest DIY craft fairs out there. This weekend, the Los Angeles version of Renegade held its first-ever event, at the California Market Center Penthouse in L.A.'s fashion district. 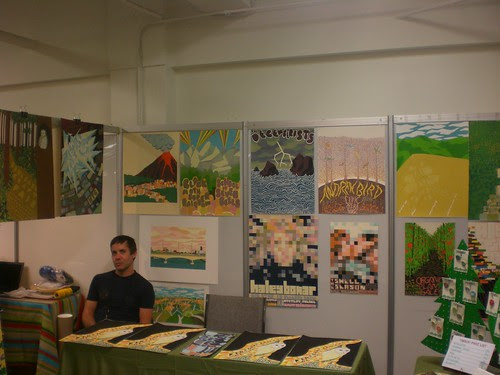 Maria was planning to go... but as you know, it doesn't take much to get me to do anything downtown. Add a blog-worthy event, and a chance to finally meet JustJenn in person, and I was game. Booths ranged from posters and prints (like the ones above) to plush items, clothing, paper products and stationery and a lot more. 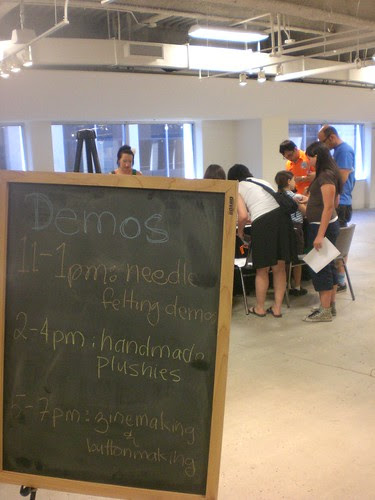 At one demo station, Evan (with help from mom and dad) got to create a stuffed toy of his own. 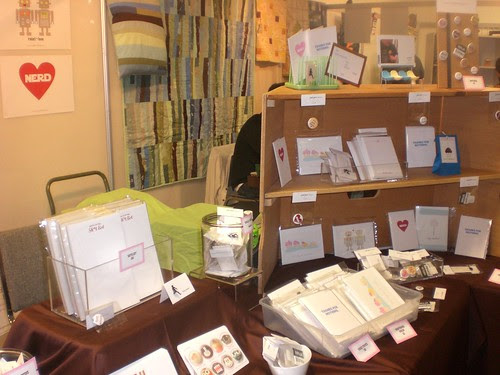 There were at least 200 artists and craftspeople pimping their wares; we finally ran into JustJenn in one pathway. Popular items include her "NERD" design (in a red heart) and a new button that gives wearers a choice: NINJA or PIRATE. Or hell, how bout BOTH. After mentioning via Twitter how starved she was after day one, apparently folks kept coming up to her booth on Sunday, armed with tacos and other bites. (The power of social networking, folks.) 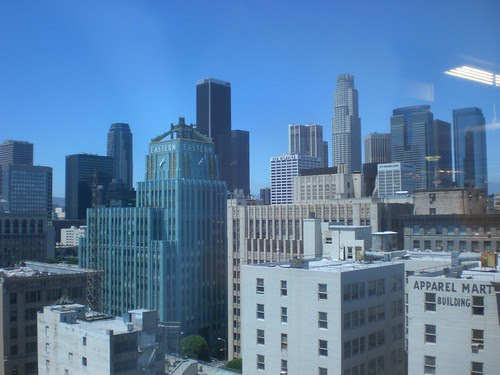 Ahh... even if the Renegade had been a bust, it would have been worth the trip just to take in the 13th floor panoramic views of downtown and beyond. Just checking out what's on some of these roofs is fascinating -- such as the long-abandoned towers on some of these older buildings. 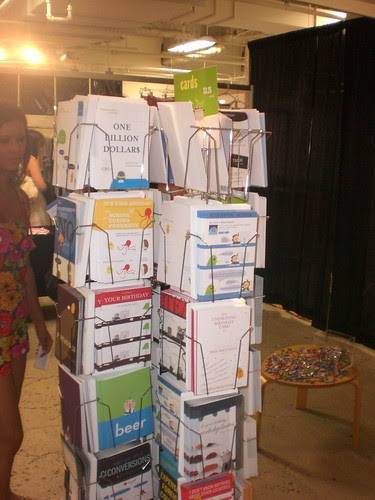 JustJenn wasn't the only Friend of Franklin Avenue we ran into. Our pal Emmie, who's behind the genius Fomato line of greeting cards, was also showing off her product. If you haven't seen 'em yet, Emmie's cards are really what you should be sending to friends, family and foes for every occasion. 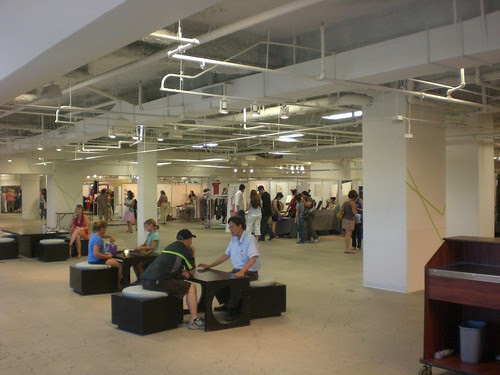 The Renegade was well-attended, yet the space was large enough that it never felt too cramped. Besides the craft center where Evan made his plush toy, the event also ran a "Swap-o-rama" for folks to exchange their goods. 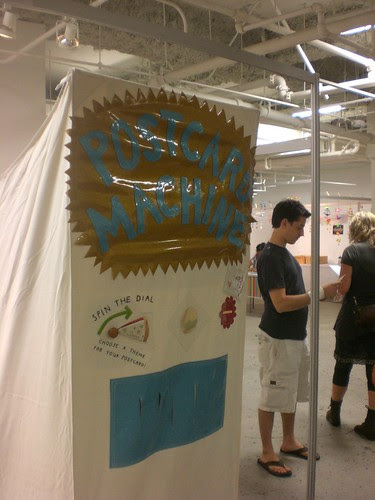 And then there were some of the more unusual attactions, such as this "postcard machine." Also, the Photo Booth Love folks were there, offering up some, well, photo booth love for $2.
Posted by Mike at 12:06 AM