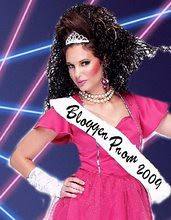 Yes, there was a Blogger Prom on Wednesday night, and yes, Franklin Avenue was there to take it all in.

Well, one half of Franklin Avenue. Maria had hoped to come, and we were ready to milk the whole "pregnant high school prom goer" gag. But ultimately, it was determined that once that gag wore thin, she'd be mighty uncomfortable at the event.

So I headed by myself over to the roof of the Andaz hotel on the Sunset Strip, where I ran into a host of fellow Angeleno bloggers -- some I'd met before, others whom I've followed for years but had never met in person -- all in various wacky prom-ish attire.

I went rather simple, in a sleazy gold shirt and goofy glasses. Some went pretty elaborate; most were in 80s-theme attire. Despite the "prom" theme, dancing was at a mimimum, as it was mostly a chance for bloggers to get together -- and partake in complimentary food and drink secured by the event's planning committee.

Kudos to them for getting this thing all together. It was kinda -- and proudly -- geeky (actually, my colleague Pat, of Eating LA fame, said her daughter thought it was the "geekiest" thing she'd ever heard of), yet a lot of fun, particularly when it came to getting to know fellow bloggers.

A few shots from the event: 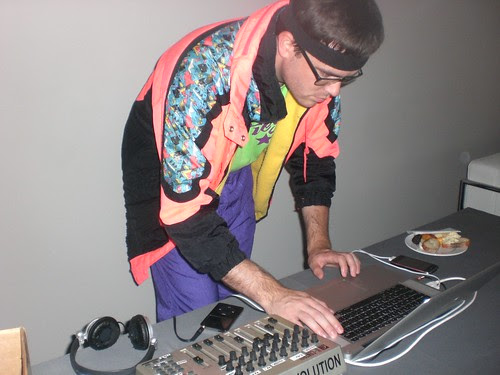 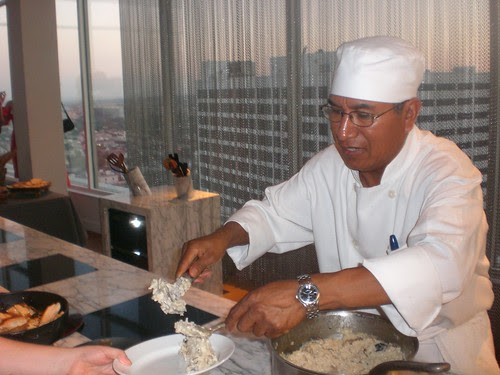 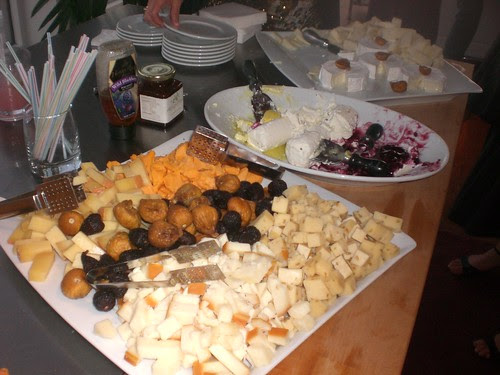 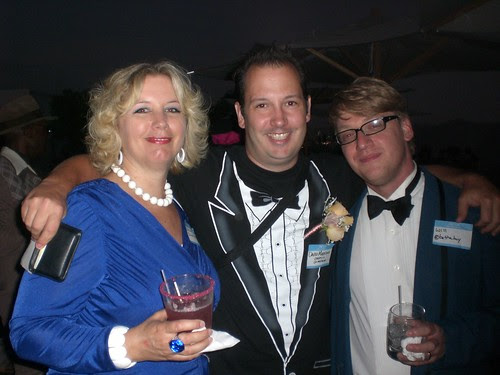 Metblogs L.A.'s Julia and David, along with Be The Boy's Will 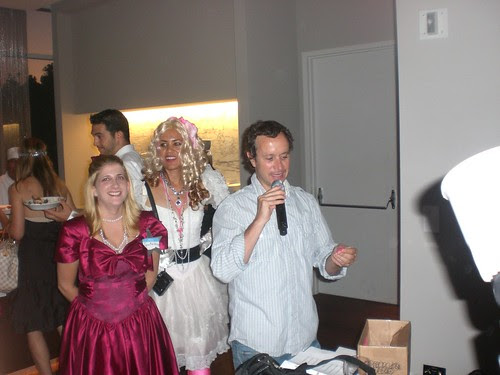 Pauly Shore announces raffle winners, while When Tara Met Blog's Tara and Caroline on Crack's Caroline (in the wig) look on. 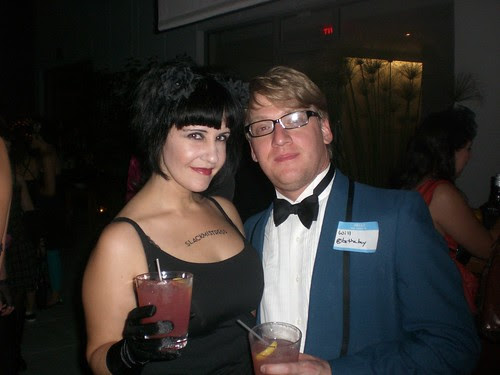 Slack Daily's Nina and Be The Boy's Will. 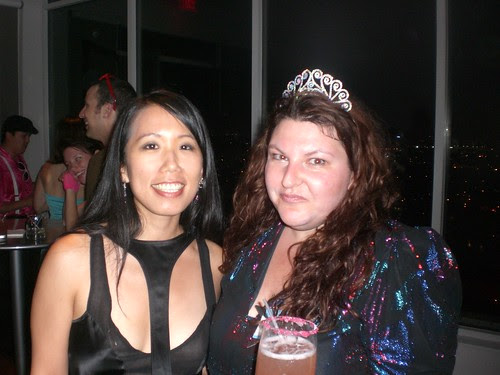 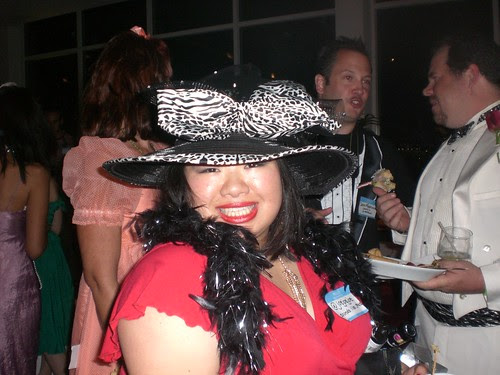 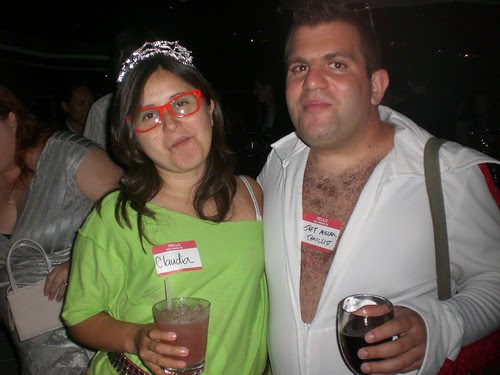 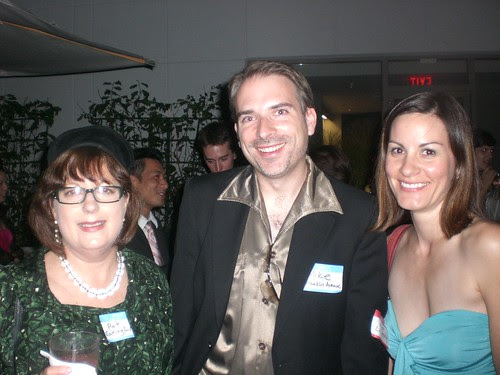 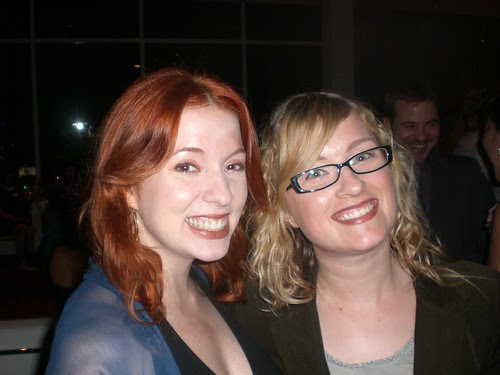 Fishbowl LA's Pandora and Tina
Posted by Mike at 2:07 PM