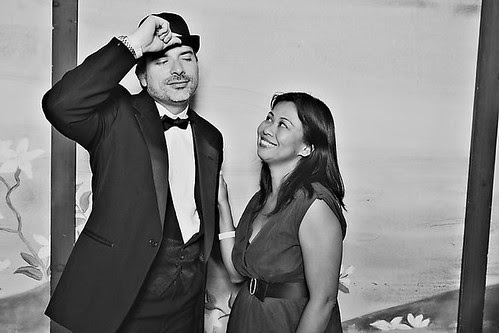 Yes, I know, the idea of a "Blogger Prom" is a little geeky. But we're geeks. The theme at Wednesday night's event, held at Yamashiro, was "Hollywood Confidential," and Maria and I tried our best to make it work. I grabbed an old tux sitting in the back of my closet, adding a hat to the mix... and Maria always looks classy.

Like last year's event, the organizers managed to get quite a few sponsors to offer up their wares, from Coolhaus ice cream sandwiches and Eagle Rock Brewery craft beers to Crumbs cupcakes and gourmet tacos from Chef Brock, who regularly sells his food at Yamashiro's Thursday night farmers' market. 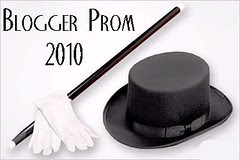 Some images from the night: 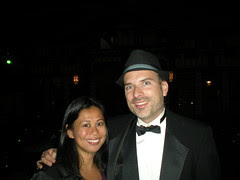 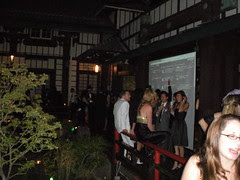 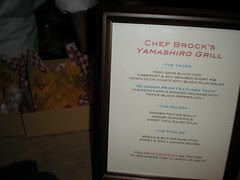 Chef Brock's taco menu -- we went with the black cod 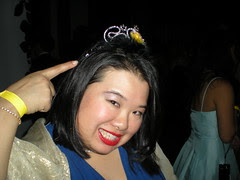 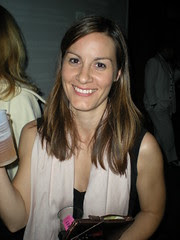 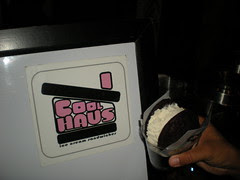 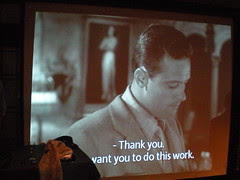 Old Hollywood on the video screen. 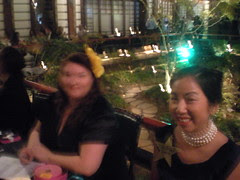 LAist's Lindsay William-Ross and e*starla's Esther Tseng at the check-in. 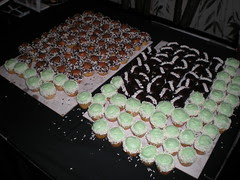 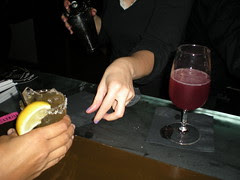 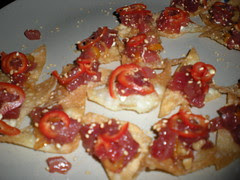 Enjoyed the food, including the (above) hukilau poke: Ahi, teardrop tomato, macadamia nuts and soy-sesame marinade on a wonton crisp.