Visiting the Original McDonald's in Downey 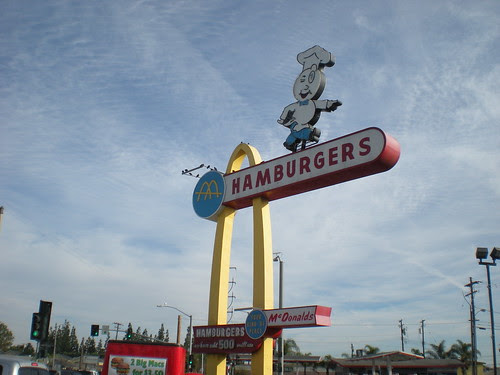 Over the weekend we drove down to Downey on a historic eats hunt. First up was Bob's Big Boy Broiler, the Googie diner restored after being hit by a wrecking ball (more on that visit tomorrow).

After that, we headed just around the block to explore the 1953 McDonald's restaurant at Lakewood Blvd. and Florence Ave. It's now the oldest still-operating McDonald's in the world and the third franchised McDonald's ever built. 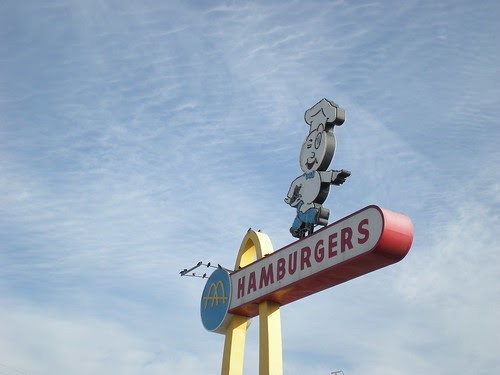 Still decked out with the original McDonald's logo and "Speedee" mascot, the original McDonald's here almost didn't survive. The location was shut down after the 1994 Northridge earthquake; but after the L.A. Conservancy and even then-Gov. Pete Wilson got involved, it was saved and restored. (At the time, the Conservancy noted that the McDonald's issue elicited more response than just about any of its other causes. Kinda sad, I suppose, but that's our consumer culture for you.)

Check out some great past-and-present pics from the Downey Conservancy here. 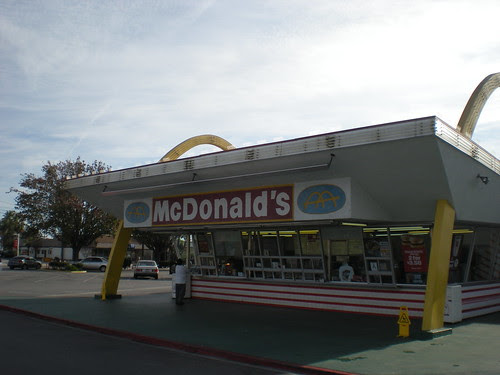 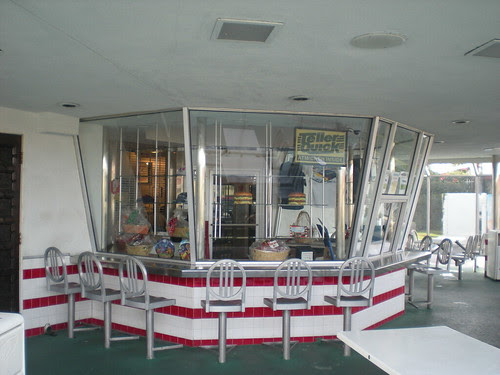 Part of the seating area has been turned into a McDonald's museum. 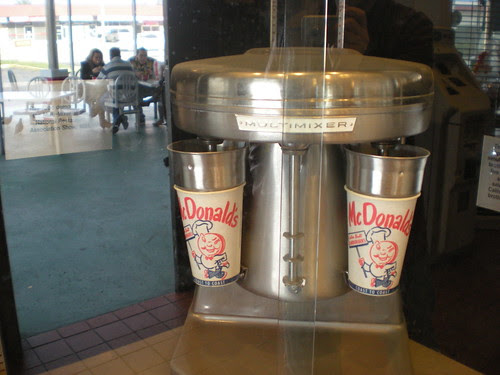 Original doors from McDonalds' "Hamburger University" at the museum. 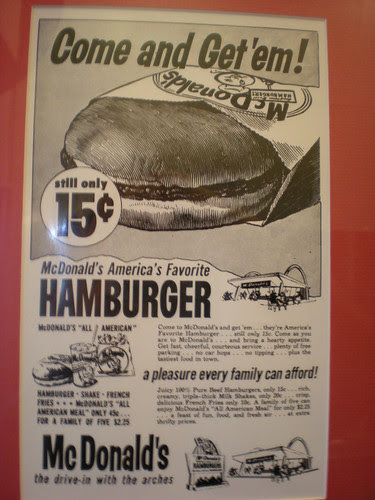 "A pleasure every family can afford." 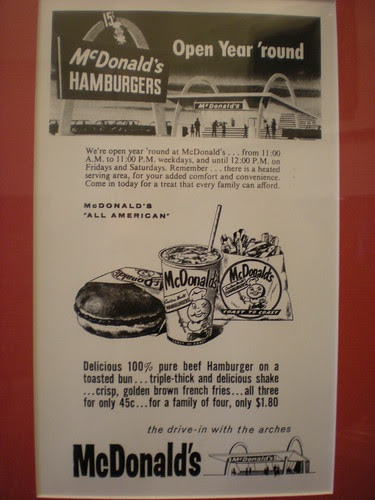 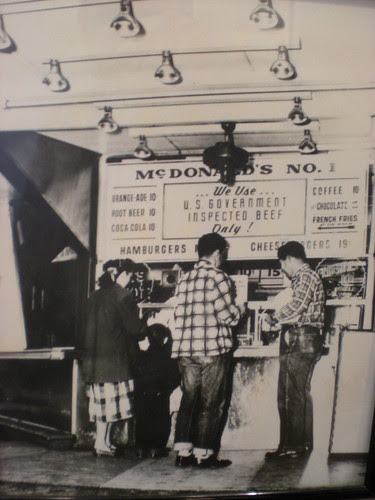 Original McDonald's menu.
Posted by Mike at 8:24 AM