'Scrubs' Hospital To Be Scrubbed? 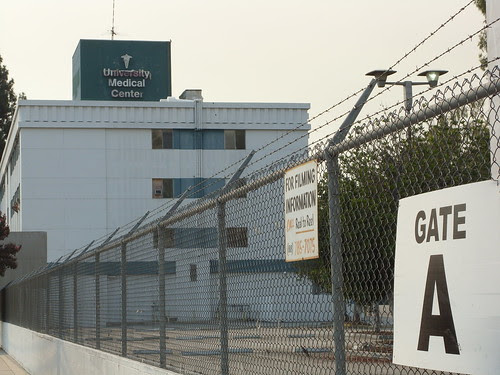 The North Hollywood Medical Center hasn't actually operated as a real hospital since 1998. But it played one on TV.

The former hospital doubled as "Sacred Heart" on the long-running TV series "Scrubs" and can easily be seen from the side of the 101 as you pass by North Hollywood. But now that "Scrubs" is no longer on the air and a permanent tenant, it looks like the empty building is set to be torn down.

News of the "Scrubs" hospital's fate comes from series creator Bill Lawrence, who Tweeted his good riddance to the structure the other day:

Heard SCRUBS hospital will be torn down. Thank God. Was filled with rats and asbestos - they tried to make it a retirement home. Classic.

Another tidbit later Tweeted by Lawrence: "Truth: came back to work one year, writer felt something in couch, pulled off cushions and there was a possum living there." Also, "The Shield"/"The Chicago Code" creator Shawn Ryan later piped in that he shot an episode of "Angel" there. 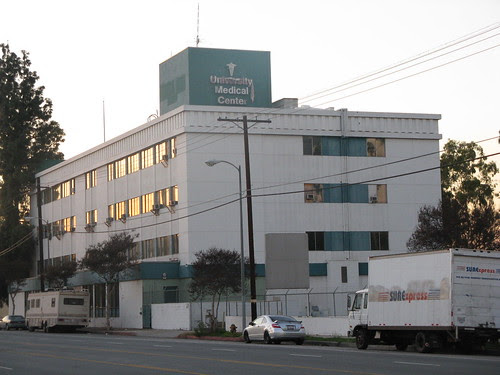 According to Wikipedia, other shows that have shot there include "The Sopranos," "Childrens Hospital," "The Office," "Parenthood" and "The Forgotten." Oh, and the Britney Spears feature "Crossroads." Hell, they should torch the place solely because of that.
Posted by Mike at 8:37 AM