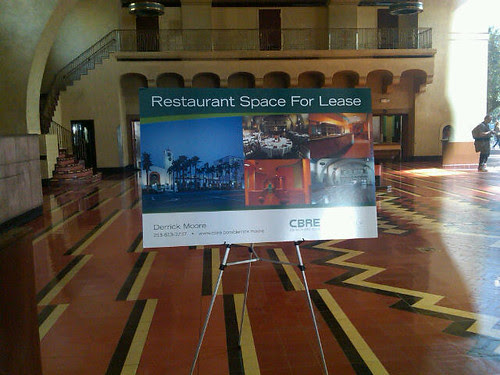 Union Station, newly acquired by Metro, is getting serious about its dining options.

Not only have several quick options opened up inside the train terminal in recent months -- including a Starbucks, Subway, Wetzel's Pretzels and Famima! outpost -- but Union Station is now looking at finally offering up the old Fred Harvey restaurant for lease to a restaurant tenant. 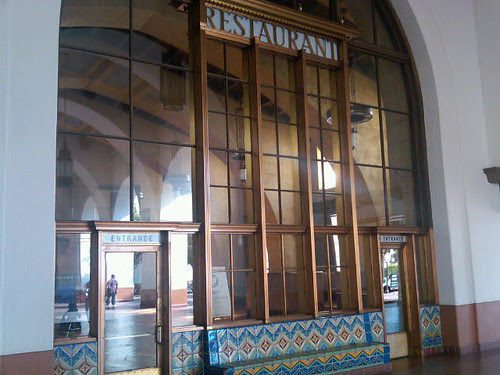 "Yes, we are looking for a restaurant to occupy this historic space," CB Richard Ellis' Derrick Moore tells us. "We have a few options for someone to occupy all or a portion of the space." 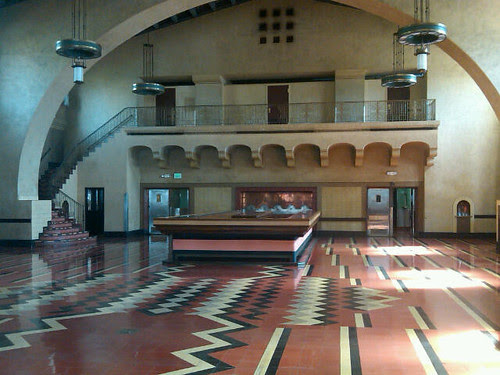 That's a big deal. The Fred Harvey hasn't been in operation as a full-time restaurant since 1967. Yes, that's more than 40 years ago. But it's seen plenty of life in the years since, as the site of countless film and TV shoots. And it's a popular spot for events, including (ahem) the wedding reception for Franklin Avenue's Mike and Maria (below). 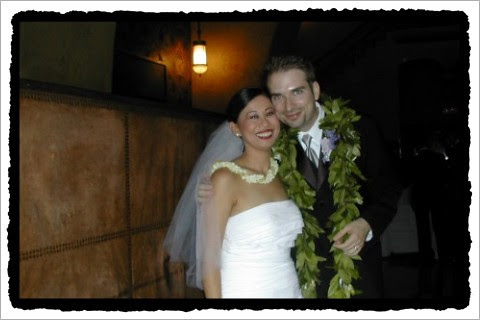 The Fred Harvey's decor -- including its striped floor, center bar and leather booths -- makes it an eye-popping location (requiring little additional decoration, which saved us a ton of money). There's also a small bar in an adjacent room. The biggest problem: No functioning kitchen, as it ceased to be usable years ago. (Caterers must now prepare food in tents outside). The restroom facilities will also have to be updated. But that all can be done. The big news is the fact that Union Station, now under Metro ownership, finally believes that there's enough potential interest to go ahead and put the Fred Harvey up for lease.

Union Station, of course, is already home to Traxx, another restaurant that continues to operate inside Union Station (as does stalwart Union Bagels). But it was fascinating to see the addition of so many new options inside the terminal -- a recognition that thanks to new options like the Gold Line, Union Station is more bustling than any other time in years.
Posted by Mike at 12:15 AM

I can't wait for what the restaurant looks like