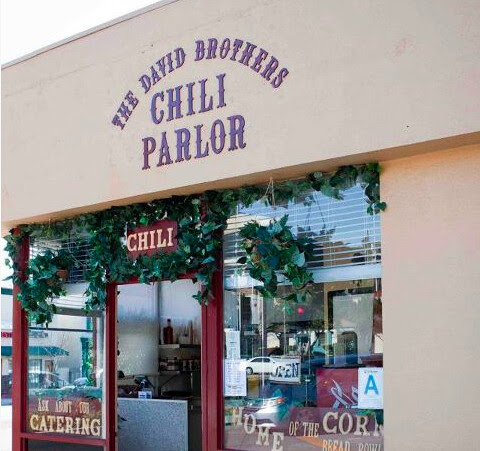 (Pic via The David Brothers Chili Parlor page on Facebook.)

We stipulated: We still miss the late, lamented Chili My Soul, the Encino eatery that sadly shut down in 2009 when its owner passed away. Since then, we've been on the lookout for new chili spots (and yes, we're fans of Chili John's in Burbank, but that's a very specific type). When a former pizza joint nearby suddenly morphed into a chili parlor, we were intrigued -- it seemed like a very specific, unusual choice for the small store front.

They stipulated: The David Brothers are known for their folk music, but as a side project decided to get into the chili catering business. But to do so, Glendale told the Brothers that their storefront had to be open for at least a few hours a day (currently Monday through Friday, 11 a.m. to 3:30 p.m.). That's why they started to open for lunch -- with plans to possibly open for dinner later on. From their website: "We serve 4 kinds of Chili with fresh baked Cornbread. Our Chili is made from scratch with black angus steak and stewed with only fresh vegetables and herbs." 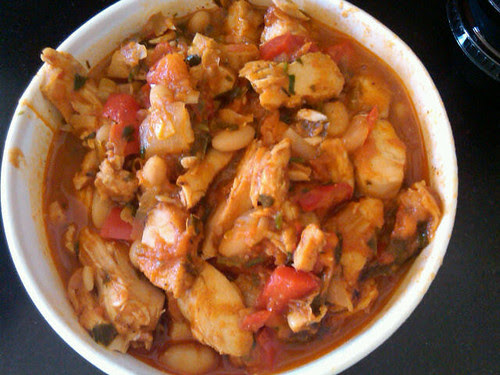 What we ordered: Chicken and white bean chili; traditional red chili (no beans). 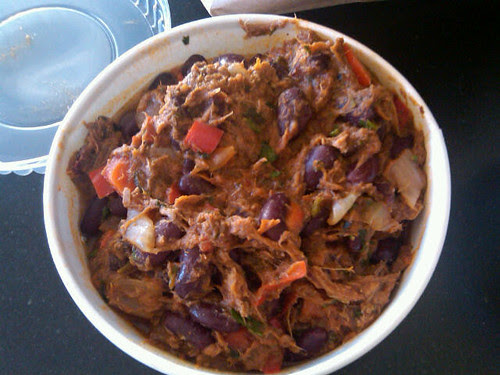 High point: The chili really is fantastic -- particularly the regular chili. The chicken chili was intriguing -- it was made with slices of chicken breast, as opposed to ground meat. Also, the spicy salsa (I believe it was habanero) was wonderfully spicy.

Low point: Most disappointingly, even though I made a big deal of getting the "red" chili, and they made a big deal of explaining what it is to me, when I got home, I discovered that they had given me the house chili -- with beans -- instead. Also, they didn't have any chicken chili simmering, so they quickly took some out of the fridge and heated it up in a pan -- good, but not that simmered taste you look for.

Overall impression: This was good chili, and it's great having it so close by. Now we need to work on expanding those hours.

Chance we'll go back: I'll definitely be making the quick walk over for another bowl of chili -- but it will have to be on a rare day that I'm working from home.