A Farewell to Brand Bookshop: Closing Sale (Half Off All Books) Starts Today 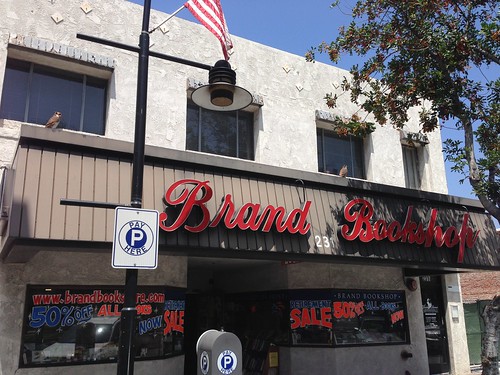 Sad, sad bookstore news out of Glendale: The Brand Bookshop, one of the last remaining independently owned book store gems left in L.A., is shutting down after 29 years in business. (It opened its doors in 1985. I called it "one of Glendale's treasures" in a 2007 blog post.) According to the LA Times:

Owner Jerome Joseph, now in his mid-80s, has decided to retire. A used bookstore with a vast, eclectic selection, Brand Bookshop was one of the largest bookstores of its kind in Southern California. In addition to the books in its sprawling Glendale store it has a large stock warehoused offsite, totaling more than 100,000 books. With its books sorted into more than 1,500 highly curated categories, Brand Bookshop has provided a terrific example of the power of browsing. Walking its aisles was an occasion for serendipity, contradiction and surprise. 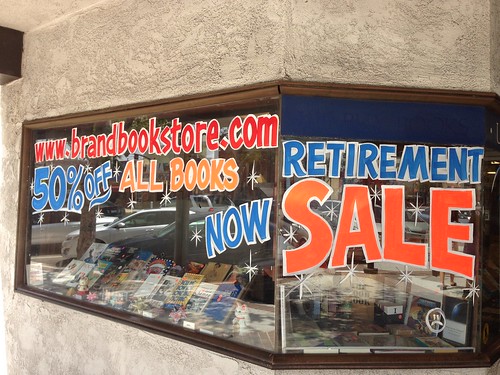 Carolyn Kellogg in her piece above notes that Brand Bookshop was slow to start selling its books online. Too bad no one could step in and keep the store going. It narrowly avoided a fire next door just last year; instead, it was the march of time that ultimately claimed Brand Bookshop.

Starting today, all books are 50% off. Make sure to get there before it's too late! 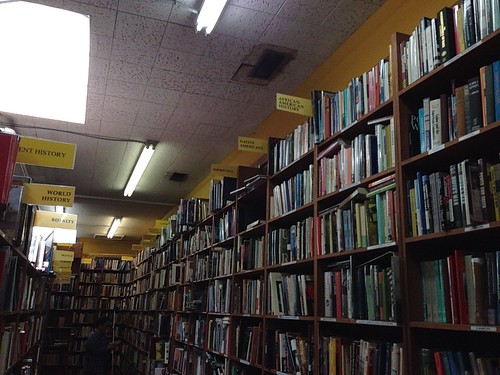