The Charred Remains of Griffith Park 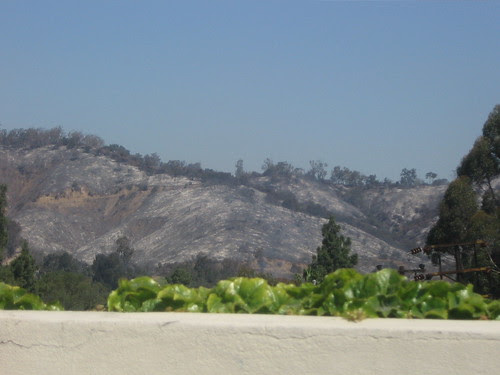 Driving on the Hyperion Bridge this morning, the visual was striking. The blackened, destroyed face of Griffith Park's east hills were a stark contrast to the blue skies (and an alarming change from the green hills I'd seen there just a day ago). 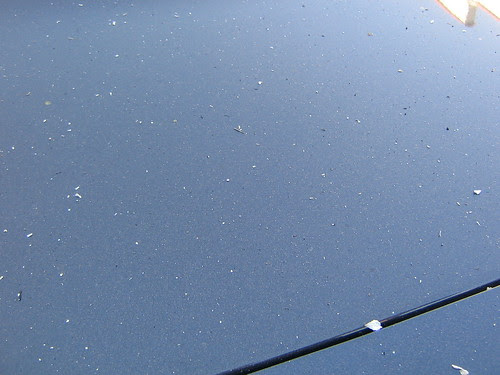 We also woke up and noticed a dusting of white ash on our cars. Our home in Glendale was far enough away from the fires that the smokey smell Tuesday night was small. But we were still close enough to get that drizzle of ash. 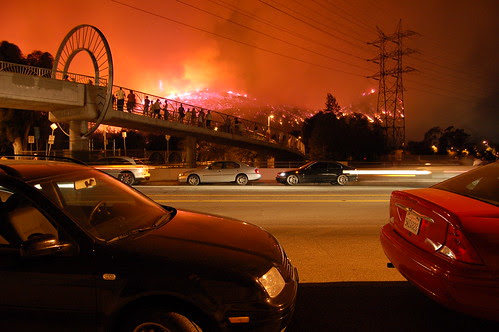 Atwater Village Newbie took some great shots of the fire last night, having trekked up to the bicycle bridge at Los Feliz Boulevard, next to the river.
Posted by Mike at 11:56 AM