To The Snow and Back In Three Hours Or Less 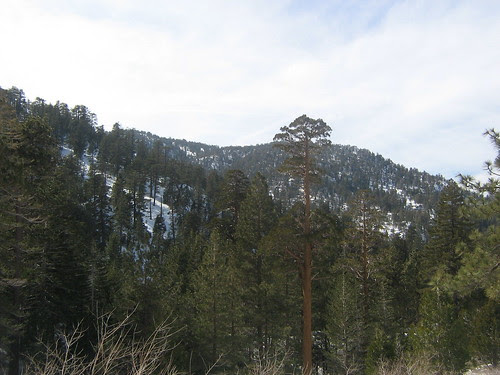 Somewhere inside the Angeles National Forest

It's one of those weird, wonderful things that makes living here so great. In the total time span of just over three hours, we had a snow-filled road trip that actually felt light years away from the metropolis on the other side of those mountains. It takes longer to get to Disneyland than it does the snow. Hell, it takes longer to get to Brentwood. And, strangely enough, it would have taken just as long to get to the beach. 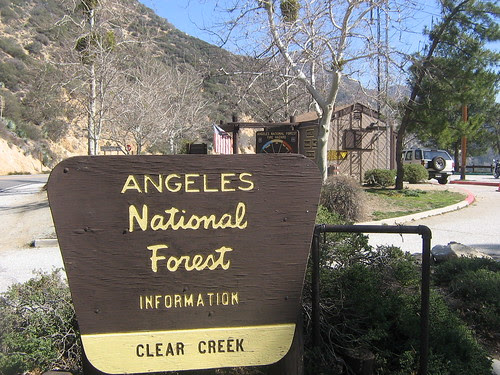 Our field trip was inspired by Sunday's Los Angeles Times. The paper covered the reopening of the small Mt. Waterman ski resort this weekend, and the allure of snow so close by was too great to pass up.

So we headed up the Angeles Crest Highway (the 2), north of La Canada Flintridge, as the road turns twisty and the views turn breathtaking. The city is quickly left behind, as you make your way up into the Angeles National Forest.

About half an hour in, when the highway forks (stay on the 2; the other prong heads to Palmdale), you hit the information building at Clear Creek. Hand over your $5 for an "Adventure Pass," which allows you to park in the National Forest. 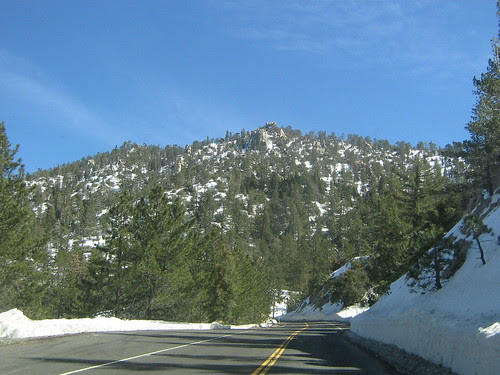 As we made our way up in elevation, patches of dirty snow started to appear. Blogger Toddler couldn't contain his excitement. "STOP. NOW." We tried to explain to him how the snow would get even better higher up, but that kind of reasoning is lost on a toddler who sees snow and doesn't understand why we wouldn't stop immediately to play with it.

The snow started getting impressive at around 6,000 feet. The ranger at the information building noted that much of the Angeles Crest had been closed until recently because of the massive snows. 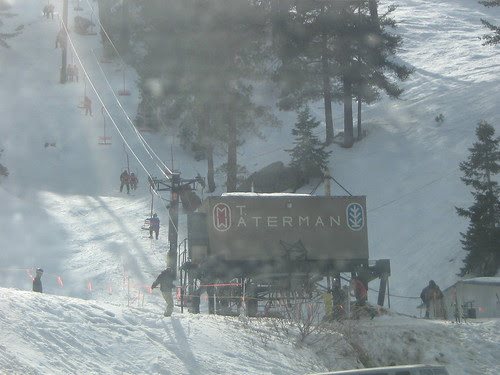 We finally passed by the Mt. Waterman ski area (above; even smaller than I expected, but we didn't obviously go to the top), and about a mile down the road found a parking spot near a nice patch of snow. 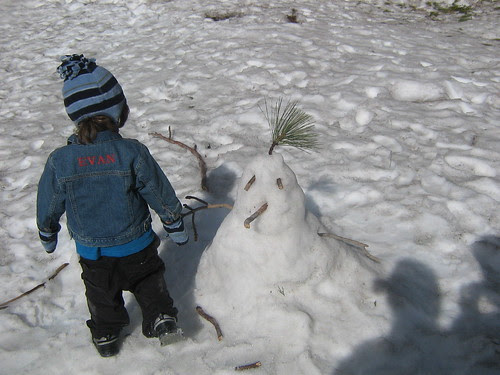 Evan provides the snowman with some assistance

The snow was mostly the consistency of a snocone. Perfect for building snowmen -- we saw several alongside the highway. Also perfect for snow ball fights, though just icy enough that such a battle could turn dangerous quickly.

It was at least 60 degrees out, with the sun shining strong -- leading to the bizarre juxstaposition of freezing cold snow and ice on our hands and feet, yet a warm sun causing us to sweat with our jackets on. 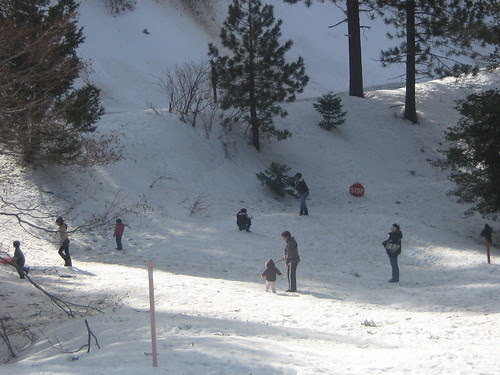 But even with the sun, I wouldn't worry about losing the snow just yet: As we can attest, the snow in the area is nearly a foot deep. (Notice the Stop sign in the photo above -- yes, that's snow piled all the way up to the actual sign!) According to the LAT story, the Mt. Waterman resort faces north, which means less direct sunlight. 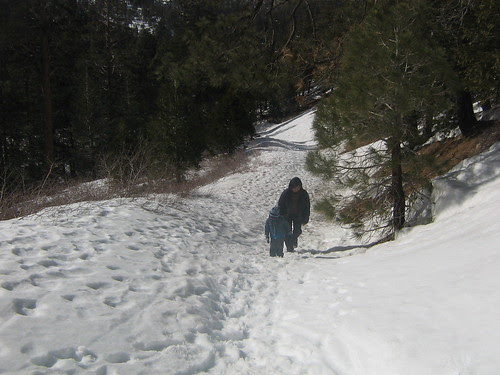 Evan and Maria in the snow

So our trip was impromptu enough that beyond bringing gloves and a hat for Evan, we came ill-prepared. So gloves for Maria and me. No sled-like contraption to glide down the hills (we improvised with a flat vinyl organizer -- the kind with a pocket that you put under a car seat, to store baby stuff). And no change of clothes to remove the inevitably soaking wet pants, socks and shoes you're wearing.

But whatever. That's the fun of impromptu quickie road trips.

Other than a pair of hikers who passed by us at one point, we were the only people in the particular stretch of hill and valley where we enjoyed the snow. Talk about a nice contrast to those busy snow resorts up around Big Bear (and elsewhere). Not only is the stretch of snow-covered Angeles Crest close by, but it's not a crazy scene.

I was kinda worried that the LA Times article might trigger a rush of people up into the mountains (like us), but it wasn't the case. It was a holiday, for Pete's sake, and yet Angeles Crest was empty for most of our drive -- there was never a problem with the two-lane highway in terms of traffic. 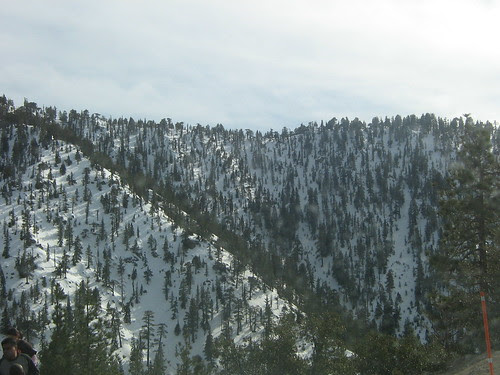 Not a bad view for miles

I was a tad disappointed that, because Blogger Toddler fell asleep on the drive back, we decided to take a pass on Newcomb's Ranch -- the only restaurant on Angeles Crest (below). We'll hit it next time. (Seriously, we're already plotting a return trip next weekend -- gotta get more snow time in before winter's over.) 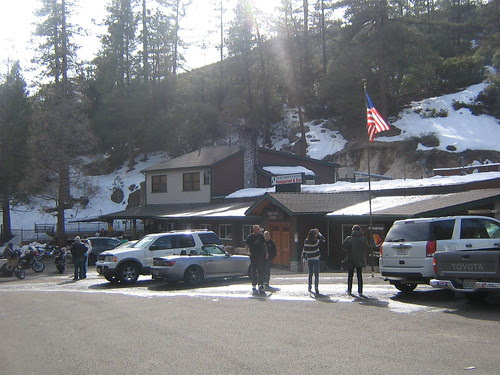 There you go -- if you've ever wondered if that old L.A. cliche, "Ski in the morning, surf in the afternoon," could actually work, here's proof. We ultimately spent about three hours from the time we left our house to the time we got back -- leaving us plenty of time to do other things. Like surf, if I knew how.