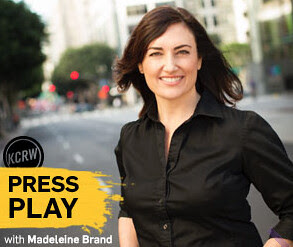 >> Our pals at KCRW take the wraps off their new daily Madeleine Brand show, "Press Play," this Monday at noon. The show "will explore the world through the lens of Los Angeles. It will combine Madeleine’s distinct voice, intelligence and warm sense of humor with an eclectic mix of guests to offer new ideas and unique perspectives on everything from politics and science to entertainment and art," says KCRW general manager Jennifer Ferro. Listen to the pilot episode below:

The change is set to take place on April 21 when “The Woody Show” featuring Woody, Ravey, Menace and Greg Gory takes over the 6:00 am to 10:00 am slot currently held down by Lisa Kennedy Montgomery’s “Music in the Morning with Kennedy” show.

The station says in a statement, “The foursome are real life friends, who are having fun, raw, honest conversations about things happening in the world – they will reunite on ALT 98.7 for the first time since 2009, when they were a top-rated morning show in San Francisco. Since then, Woody and Ravey have hosted the #1 morning show in St. Louis, while Menace and Gory each anchor separate successful shows in San Francisco."

CCM+E vice president of programming Los Angeles Andrew Jeffries says, "'The Woody Show' is here to wake the market up with their unique friendship, driven by a cast of characters coming from a diverse range of backgrounds all finding a common sense of humor, love of communicating with listeners and desire to entertain." 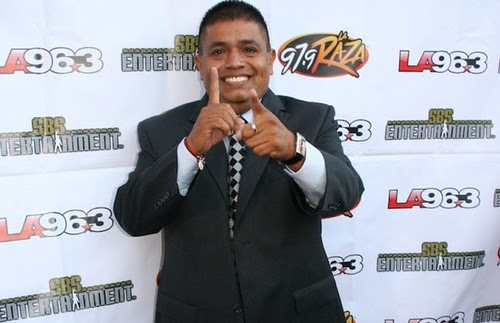 More from the newspaper:

The station KXOS is part-owned and managed by the Mexico City broadcasting company Grupo Radio Centro.

"First I achieved the American dream of having success in the United States, and now I can achieve the Mexican dream of triumphing with the strongest radio company in Mexico," Sanchez wrote in Spanish in his Facebook message.

Until this month, the former janitor whose "El Mandril" radio nickname means the Baboon, had been affiliated with Spanish Broadcasting System's KLAX 97.9 FM, which brands itself as "La Raza."

In November, amid contentious contract negotiations and allegations of ratings manipulation, Spanish Broadcasting yanked Sanchez from its airwaves.

The Miami-based company would not comment on the situation. However, several radio sources, including Sanchez's manager, confirmed that Nielsen was investigating allegations that someone associated with Sanchez's show had contacted members of the audience panel in Los Angeles that Nielsen used to generate its local ratings.