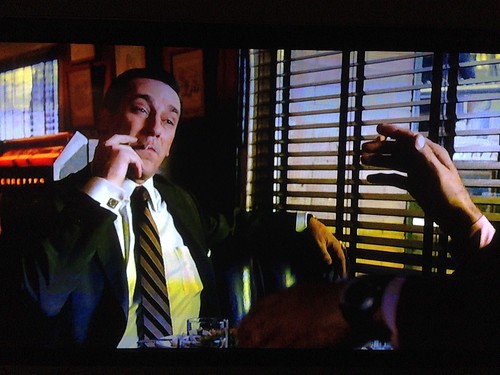 Not a lot of location shooting on this week's episode of Mad Men, "A Day's Work." But in one early scene, Don Draper (Jon Hamm) meets with Dave Wooster (David James Elliott) at a restaurant/bar -- and in real life, it was easy to tell where the scene was actually shot: Downtown's P.E. Cole's, one of the oldest still-operating restaurants (along with rival Philippe the Original) in town. 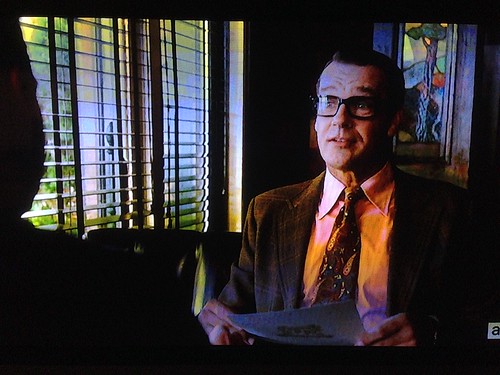 Mad Men loves Cole's. Here's a 2010 post I did on Cole's and other L.A. eateries that have appeared on the show.

OK, now, I have to admit, I couldn't place the diner where Don and Sally eat and have their big father/daughter breakthrough: 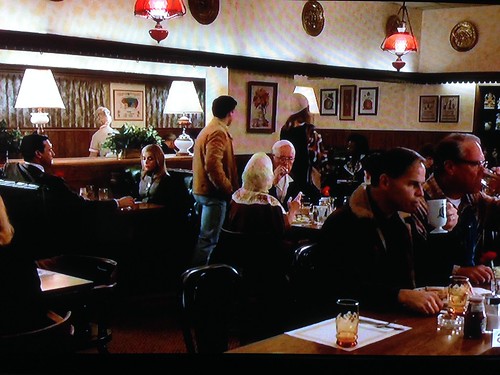 I know I'm going to kick myself when one of you tells me. So do share!

UPDATE: Michael Pop ‏sent me a Tweet to let me know that the diner was Colonial Kitchen in San Marino! And so it is: 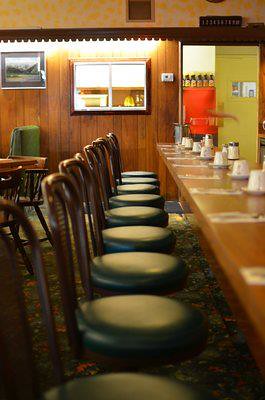 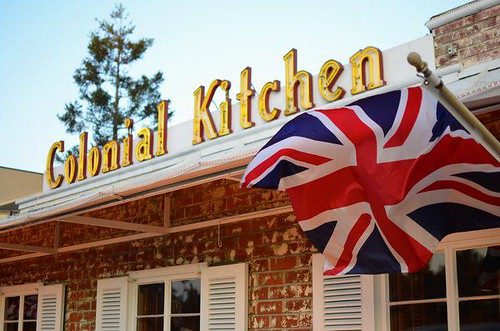