Jacks at the Park 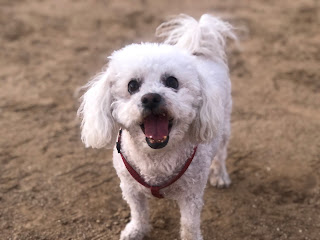 I don't think we've ever seen Jacks as excited or playful as when we recently brought him to the Eagle Rock park. The dog park was too crowded, but on a late Sunday, there were plenty of other places for dogs to play. Unleashed, Jacks perhaps had too much fun: In his excitement, he sprained his foot! The fun was cut short by his yelp, and we took him home. A few days later, a vet visit confirmed his sprain. He's taking it easy and taking some meds, but hopefully he'll be ready to have some fun again soon. 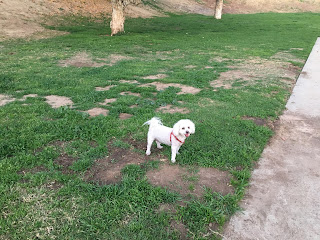 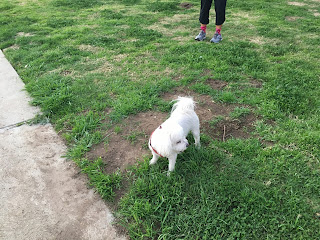 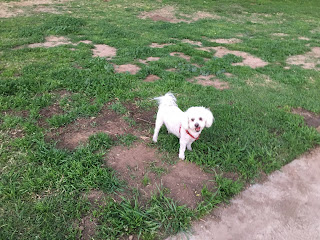 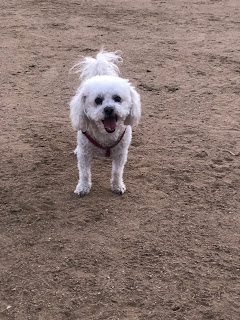 Posted by Michael Schneider at 8:16 PM