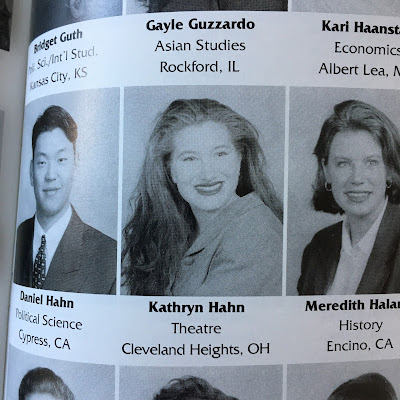 It's long been true that Kathryn Hahn makes everything she appears in even better, and that especially includes Disney Plus' "Wandavision." No spoilers, but this week's episode, in particular, reveals Hahn to be so much more — and a pivotal part of the storytelling. I didn't know her at Northwestern, although we both graduated the same year and I'm sure had some mutual friends and acquaintances. (There was a lot of overlap among journalism, radio/TV/film and theater students; my senior year I spent most of my time running WNUR, which was overseen by the School of Speech, even though I was a Medill journalism student.) Above, from our Class of 1995 senior yearbook, is Hahn's entry, while below is from our freshman facebook. (That's right — before Facebook, there were facebooks.) 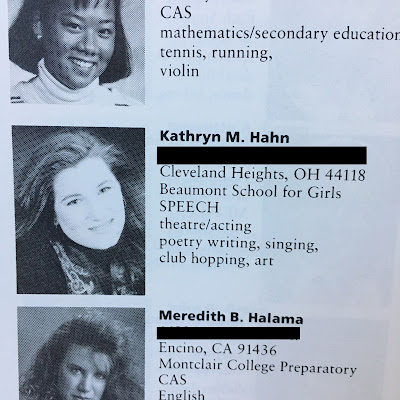 Posted by Michael Schneider at 9:00 AM