An Evening at the Wigwam Motel on Route 66 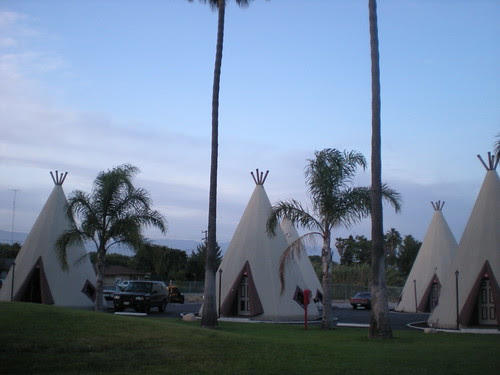 Chris Nichols did it again. The Los Angeles magazine staffer (and man behind its popular column "Ask Chris") throws an elaborate event each year for his birthday, usually incorporating L.A. history, landmarks and a dose of kitsch. And this year he outdid himself by throwing "TV Jamboree," a 1950s-style TV revue (think Spade Cooley, Bandstand Revue or Dixie Showboat) at the famed Wigwam Motel in San Bernardino.

Among the performers: Charles Phoenix (singing "You're Just Too Good To Be True" in an Indian head dress, in honor of the Wig Wam), a Hurdy Gurdy duo, a Stan Chambers impersonator, and -- in the flesh -- Tom Hatten, the host of The Popeye Show on KTLA for three decades.

As for the Wigwam, even histo-entertainer Phoenix admitted that despite his many trips down Route 66, he hadn't stopped to check out the Wigwam until Saturday night. The legendary motel consists of rooms designed to look like teepees. Some history from the Wigwam's site:

The California Wigwam Motel was built within the city limits of San Bernardino in 1949, a period when citrus groves flourished. The motel would later acquire a Rialto postal address, creating confusions as the property actually sits in San Bernardino. The motel's village-style arrangement of nineteen 30-foot-tall tepees made from wood framing, concrete and stuco draws much admiration from all generations. Each individual wigwam is carefully equipped with all the traveler's essentials with grounds that includes of grass area, an outdoor barbecue grill and kidney-shaped swimming pool.

The mastermind behind this retro motel was a clever man by the name of Frank Redford, who was heavily influenced by the native Indian culture. He would bring his imagination to a reality in the early 1930s explained in the following section.

A total of only seven Wigwam Motels were built throughout the nation, of which three managed to remain preserved. Two of the last three remaining rest along historic Route 66 in the states of Arizona and California, while the other rests in Redford's home state of Kentucky.

Photos from the Wigwam: 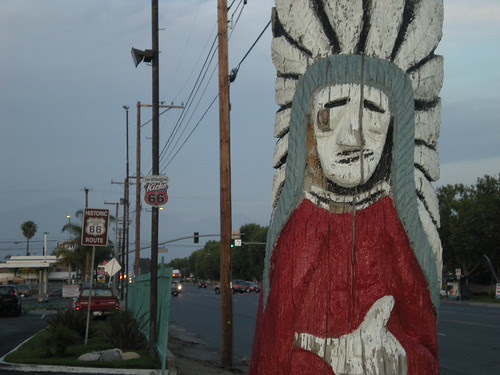 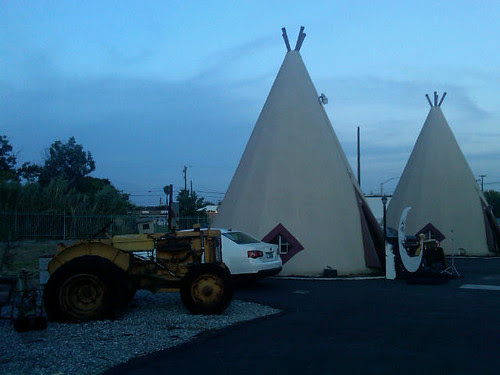 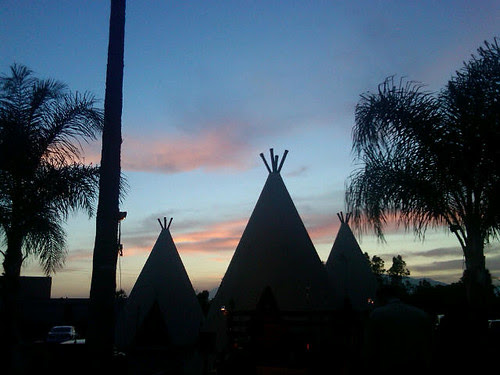 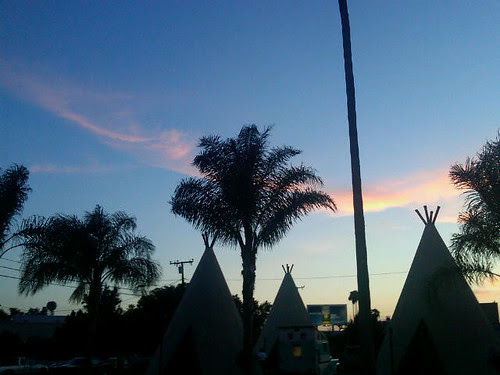 More sunset over the Wigwams and Route 66. 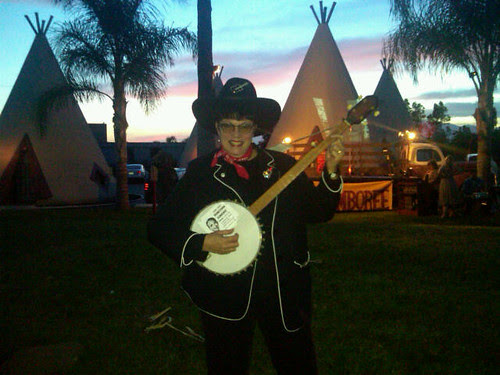 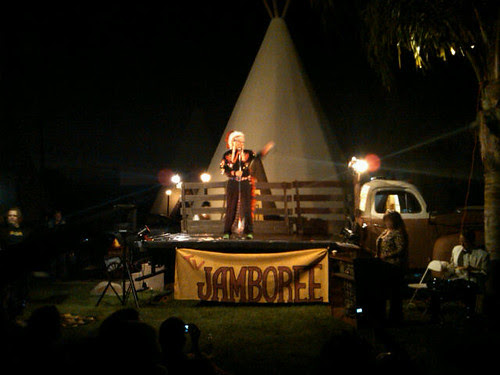 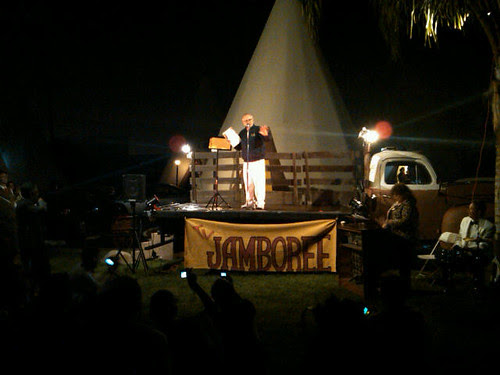 Tom Hatten draws Popeye for the grown-up boys and girls. 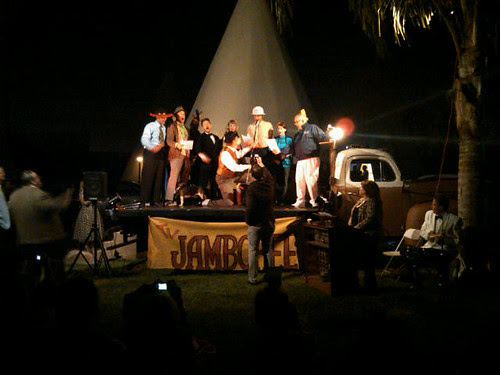 Looks like a fun night. The Wigwam hotel is also one of my favorite places to stay when I am in that area. Staying in those wigwam units is always a cool experience.